What is Node.js? & Why Node.js is the Best Option for Backend Development? 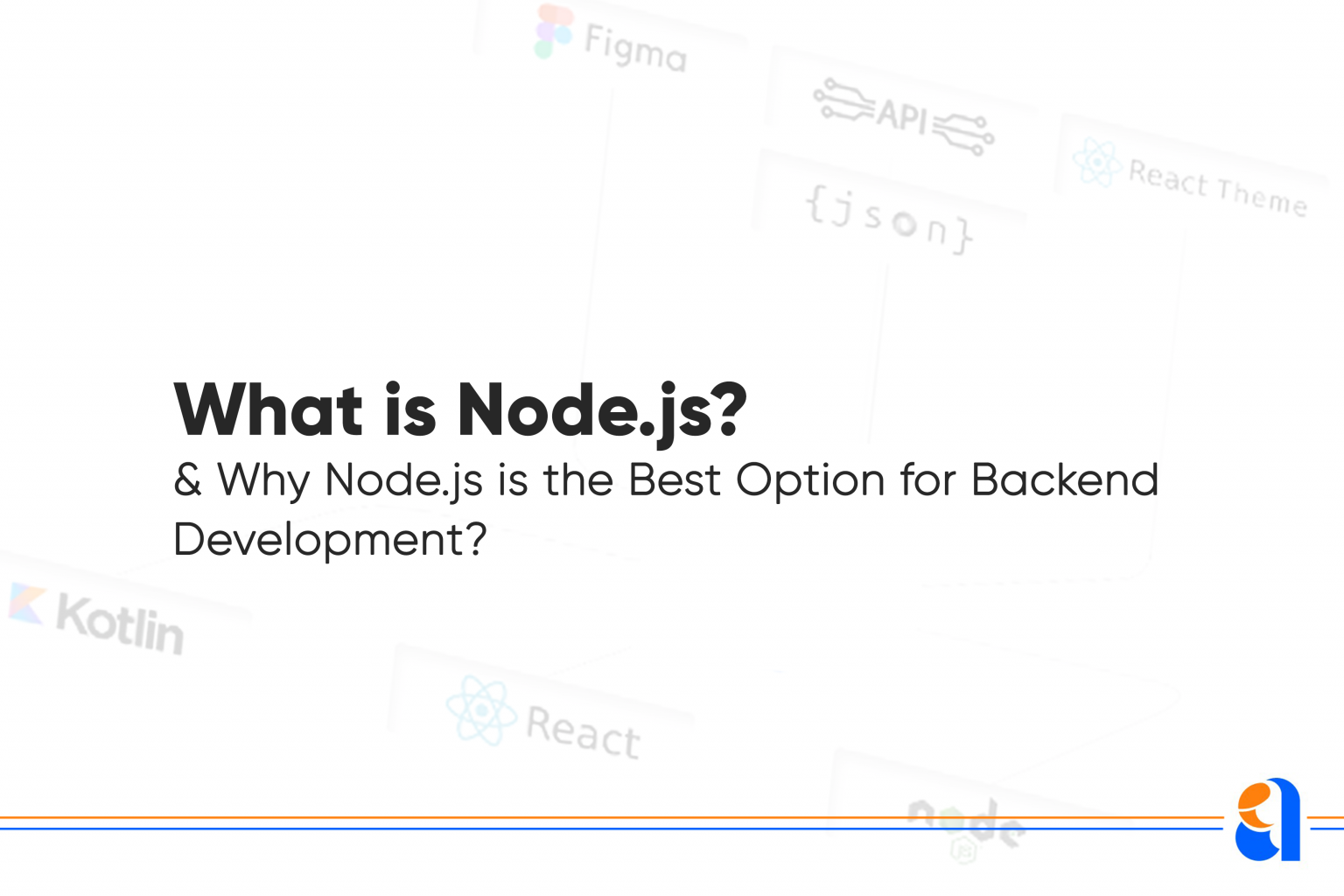 Have you ever wondered why Node.js is the first choice among developers for app development, especially for backend development? If yes, then this blog is the answer to your question. In this blog, we will discuss why it is best and in which case Node.js should not be used.

So let’s get started!!

Having a quality backend is key to a successful software project. Choosing a tried-and-tested backend technology is thus the most important aspect of your software development strategy.

Node.js is a popular technology that can handle everything that happens behind the scenes of web applications, such as managing user connections, data synchronization, processing backend services, and so on.

Ryan Dahl first introduced Node.js in 2009, with the initial release supporting only Linux and Mac OS X. Joyent, a cloud computing and hosting solution provider, later sponsors it. In June 2011, Microsoft and Joyent implemented a native Windows version of Node.js and released it in July 2011.

Soon with its growing popularity and benefits, it quickly surpassed other technologies, and in 2019, the Javascript Foundation merged with the Node.js Foundation to form the Open JS Foundation.

Its stated mission is to foster healthy growth of the JS and web ecosystem by Providing a neutral organization to host projects and fund activities collaboratively to benefit the entire ecosystem.

Node.js is an open-source cross-platform Javascript runtime environment that runs on the V8 engine. It allows you to write server-side web applications with dynamic pages. It represents the “Javascript everywhere” paradigm by using a single programming language at both server-side and client-side.

With its unique event-driven architecture, you can perform asynchronous I/O operations. Node.js is designed for scalability and high performance that are crucial for applications with a growing number of users.

Therefore there is no surprise that many big companies such as IBM, Microsoft, Airbnb, Linkedin, Walmart, Uber, Netflix, and NASA have used Node.js in their projects.

Why is it worth developing your backend with Node.js?

Using a single technology for the frontend and backend development helps your development team to be more efficient and cross-functional as it promotes code reuse and sharing between the front end and back end. It helps to reduce your app development cost while accelerating the entire development process.

Additionally, JavaScript is the most popular programming language, so your application codebase is easy to understand by the maximum number of developers.

One of the motives behind Node.js creation was support for scalability. Node.js allows development teams to easily scale up applications so that they can handle an increasing number of simultaneous connections while maintaining high throughput.

You can expand an application horizontally by adding new modules to the existing system or vertically by adding extra resources to a single node.

According to Statista, Node.js is the most used framework globally. The Node.js community is constantly expanding and actively contributing to Node.js. Developers are happy to share their expertise in Node.js.

The technology is open-source and free to use, which provides an added benefit- anyone can use, modify, and distribute code.

Node.js includes built-in support for package management solutions such as yarn and npm- It consists of two parts, an online repository for publishing open-source Node.js projects and a command-line utility for interacting with the repository, which aids in package installation, version management, and dependency management.

The amount of available open-source tools in npm is enormous. To date, there are approximately 350,000 tools available in the npm registry, and over 10,000 new ones are published every week, making the Node.js ecosystem rich.

We already know that the event-driven architecture of Node.js allows us to perform asynchronous I/O operations. Let’s take a look under the hood to see how it works.

In the traditional web serving technique, each network request initiates a new running thread that consumes system RAM that can eventually lead to blocking I/O operations, and the issue can be solved by maximizing the amount of RAM available. However, increasing RAM is very costly.

Node.js came up with the cheaper solution, it runs on a single thread and uses non-blocking I/O calls. As a result, it can handle thousands of concurrent connections.

Some Issues with Node.js

Every technology has its pros and cons. Let’s see what the issues with Node.js Implementations are.

Though the technology is built to drive efficiency, it can be time-consuming if your development team is not experienced enough. Without enough knowledge of tools, it will be difficult to build everything from scratch.

2. Not built for CPU intensive tasks

Also, it is difficult to use Node.js for Relational Database as Relational DB tools are still underdeveloped compared to other options such as Rails, Django, etc.

Node.js API changes frequently, and these changes lack backward compatibility. As a result, the developers end up updating the existing code base to ensure consistency with the most recent version of the Node.js API.

As previously discussed, Node.js is best suited for real-time applications. It has already been adopted by many tech giants in backend development for its capability to scale up, deliver high performance, and speed

However, it is unfit for CPU-intensive operations. Therefore as long as your app does not need to perform CPU-intensive tasks, Node.js is the best choice.

What if you can generate the source code for the Node.js app and build your app faster?

“DhiWise is the future of web and mobile app development, simplifying the lives of developers.”

With DhiWise Node.js Builder you can,