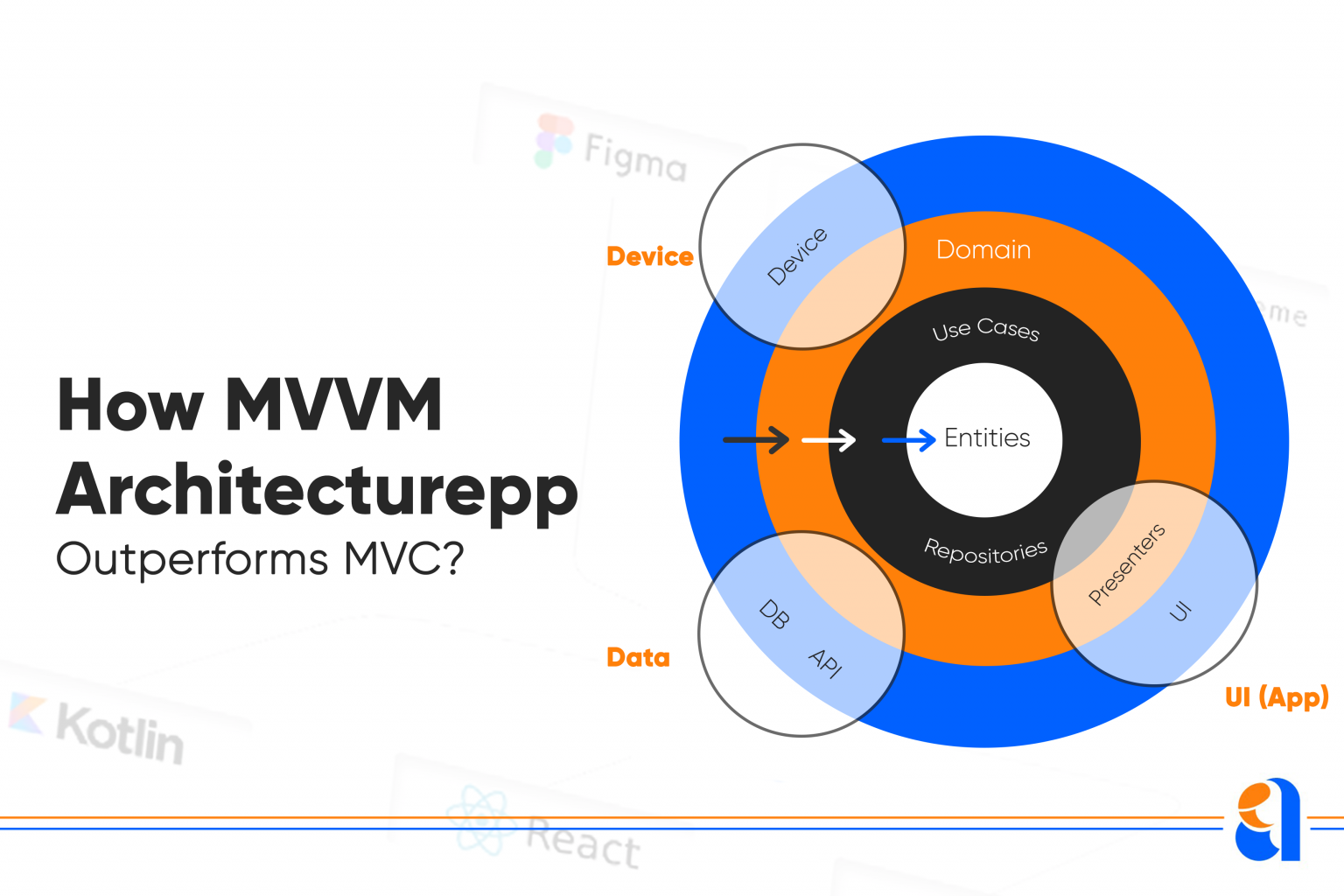 Trust me; you need clean code architecture, more than it needs you!

Clean architecture or as we know it concerns segregating design elements and entities into rings. This way the code dependencies travel outward and one level interacts only with the subsequent outer level. From an app development perspective, clean architecture entails easy to read codes, minimal coupling issues, and flexible development.

As a developer, you might be familiar with the MVC and MVVM architectures. Also, more than the underlying meaning of these terms, you should be more interested in learning why the MVVM architecture is significantly better as compared to the MVC.

MVC architecture segregates the app into Model, View, and Controller. The main feature of this framework is the pronounced separation between the business logic and the app presentation layer.

But, is it what you, as a developer, need?

Not exactly, as scalability will be an issue as MVC only allows you to scale the app in its entirety. Testability is restricted as end-to-end functionality monitoring requires integration between every associated part.

MVVM to the Rescue

Unlike MVC where the user interacts with the Controller, in MVVM or rather Model-View-View-Model architecture, it is the view that serves as the UI and feeds in the user input.

MVVM architecture ensures that the business logic of the app is decoupled from the concerned UI, thereby making it light and the code readable. Also, it is easy to maintain and eventually test specific app components individually with MVVM being the rudimentary concept. Plus, reusing components is easier whereas the loosely coupled app architecture ensures better scalability.

Here are some of the more relevant reasons for selecting MVVM over MVC:

In MVC architecture, the controller ends up storing obsolete requests that cannot make it to the model or view, thereby slowing down the entire app!

MVVM offers better segregation of concerns by bringing in View-Models into the mix, which unlike the controller works on the data proffered by the Model and converts it into View-usable activity or fragment.

View-Models are easy to test as it doesn’t have an object-specific reference. Also, testing the view separately becomes easier as it now depends on the View-Model and not entirely on the data offered by the Model.

MVVM ensures added levels of transparency by offering yet another smallish segment to the app to work with, thereby ensuring better readability.

The Role of DhiWise

DhiWise believes in MVVM architecture and:

Clean code makes the app faster and speeds up the TTM.

As a developer, you can follow the clean code procurement strategy of your own, but I believe that the DhiWise ‘ProCode’ platform might just be easier to work with.