Lessons to learn from the top mobile app developers, designers, and marketers 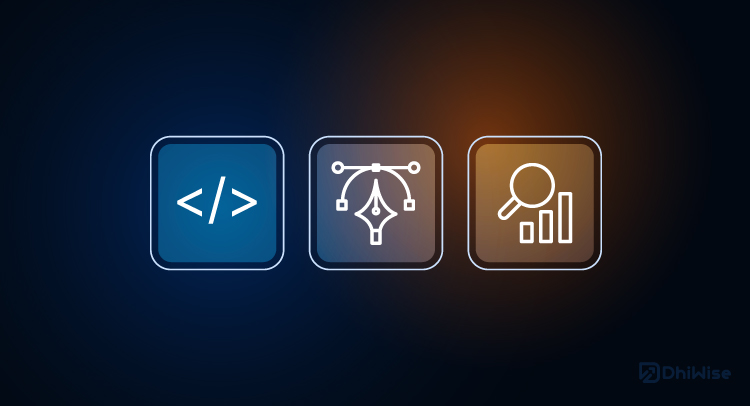 For software developers, it's compulsory to regularly upgrade their skills and keep pace with constantly evolving technologies.  As a pro developer, you will always find yourself in a state of continuous learning and problem solving to satisfy customer requirements.

So to get effective in your programming work it's critical to understand how the knowledge works and ways to narrow down your learning field. One such way for capturing the essential knowledge is by looking into the insights and programming perspectives of the world’s top mobile application developers, designers, and marketers.

So, let's get started!

1. Aim for a great app with consistent service, and stop chasing perfection every time

There is a saying that “best is the enemy of good”, in the case of app development the saying would be, “Perfect is the enemy of done.” So even if you build the perfect mobile application for the movement, you will find a person that can break it in the next 15 minutes.

Chasing behind perfection may consume lots of your precious time and hold you back from the app release. So, if possible try to let it go, because in the meantime others may be pushing their imperfect applications in the market and start building their customer base.

Here are a few tweets about what developers and entrepreneurs think about the perfect app.

Most software product development companies keep on altering their goals and specification according to the changing market requirements and thus they need developers who can quickly adapt to the changes and are ready for quick revamps.

2. Software testing is a never-ending process

Developers and testers all over the world test their applications to improve them and make the digital world a safe place for everyone using it. Software testing reduces the chances of fraud, data breaches, and other technical issues. However, doing it right before the production and then resting on your laurels after your application is out and running can be troublesome.

Because the process of software testing is an ongoing process that happens throughout app development and maintenance cycles.

So, even if you are adding a small feature to your app, always test it before release. Testing shows human mistakes in the code so the number of times you are updating the code or simply adding any patch you need to test it. Thus testing an app became a never-ending story.

3. Time is the most important asset for developers

Vine, the video-sharing app that launched in 2013 failed to find a sustainable business model.  The application was unique and Twitter acquired it before its official launch in 2012. Vine enables users to share the short six-second video clip. Also, it could be run in a constant loop and could be embedded into the Twitter timeline or any other site page.

The invention was revolutionary but it failed to do anything significant to survive in the market competition. Today most of the other social media platforms like Instagram and Snapchat offer a similar short video feature.

From the Vine failures, we can learn that for developers and entrepreneurs it's important to release their app features on time to survive the market competition. Developers must save their time in advance by reducing the time spent on grunt work and debugging coding mistakes.

4. Cross-platform development  helps you to save time and money while scaling up for the new regions

Building a native app has its own benefits but what if you want to support multiple platforms at a time like android, iOS, web, and desktop. It can be tough if you build a separate native app for a different platform but going cross-platform can save lots of your time and money.

Moreover, going cross-platform helps businesses to launch their android and iOS apps faster in the market where the demand for apps is high.

Yes, the approach has its few pitfalls but that can be ignored in front of its benefits such as faster development, and code reuse.

5. Design with developers and users in mind

In UX designing even a difference of 5 pixels is enough to make or break your app. A good UX designer always ensures that their app designs are technically feasible and easy to implement for developers.

If a designer knows about the code-related limitations it will save lots of designing and development time. In fact, knowing the basics of both worlds can reduce the friction between designers to developers' handoff.

Similarly, modern users demand responsive applications built with the user persona in mind.  poor understanding of user requirements, inadequate market research, and many such things can lead to app failure.

6. Custom apps are better than pre-built apps as there is no one-size fit for the different use cases

Organizations are more concerned about flexible business requirements and therefore need apps that can adapt to the changing business needs. In such a scenario it's not surprising that businesses are moving towards custom application development instead of purchasing expensive ready-to-use commercial software solutions.

Furthermore,  every application serves a unique problem and has a specific target audience. So, one can not assume a single app solution that fits a particular use case will also work in the other scenarios.

Overall, any organization can not stay dependent on any single platform for developing apps, especially if their requirements are flexible.

Reading other people's codes is difficult. “Indeed, the ratio of time spent reading versus writing is well over 10 to 1. We are constantly reading old code as part of the effort to write new code. …[Therefore,] making it easy to read makes it easier to write.” - by Robert C. Martin (software engineer, instructor, and best-selling author)

It is often seen that programmers struggle while updating the code written by others, even if they are familiar with the programming language and the implementation logic they also need to adjust to the app architecture and the style.

Learning is an inevitable part of every app developer’s life, whether they learn from their own experience or from others doesn't matter. All these lessons will help you to avoid certain mistakes in the application development process and make better decisions!

If you are looking for a way to overcome the challenges in app development, such as writing clean code, testing, collaboration, smooth designer-to-developer handoff, and building custom mobile apps efficiently, then try DhiWise.

It's a versatile platform that supports multiple technologies for building web and mobile apps faster while keeping the app quality at its best.

Want to know how? Visit DhiWise to learn more about its features. Feel free to sign up if you want to try it for your next application development.