Flutter Cross-Platform: A Rising Star in the World of Multi-Experience Development 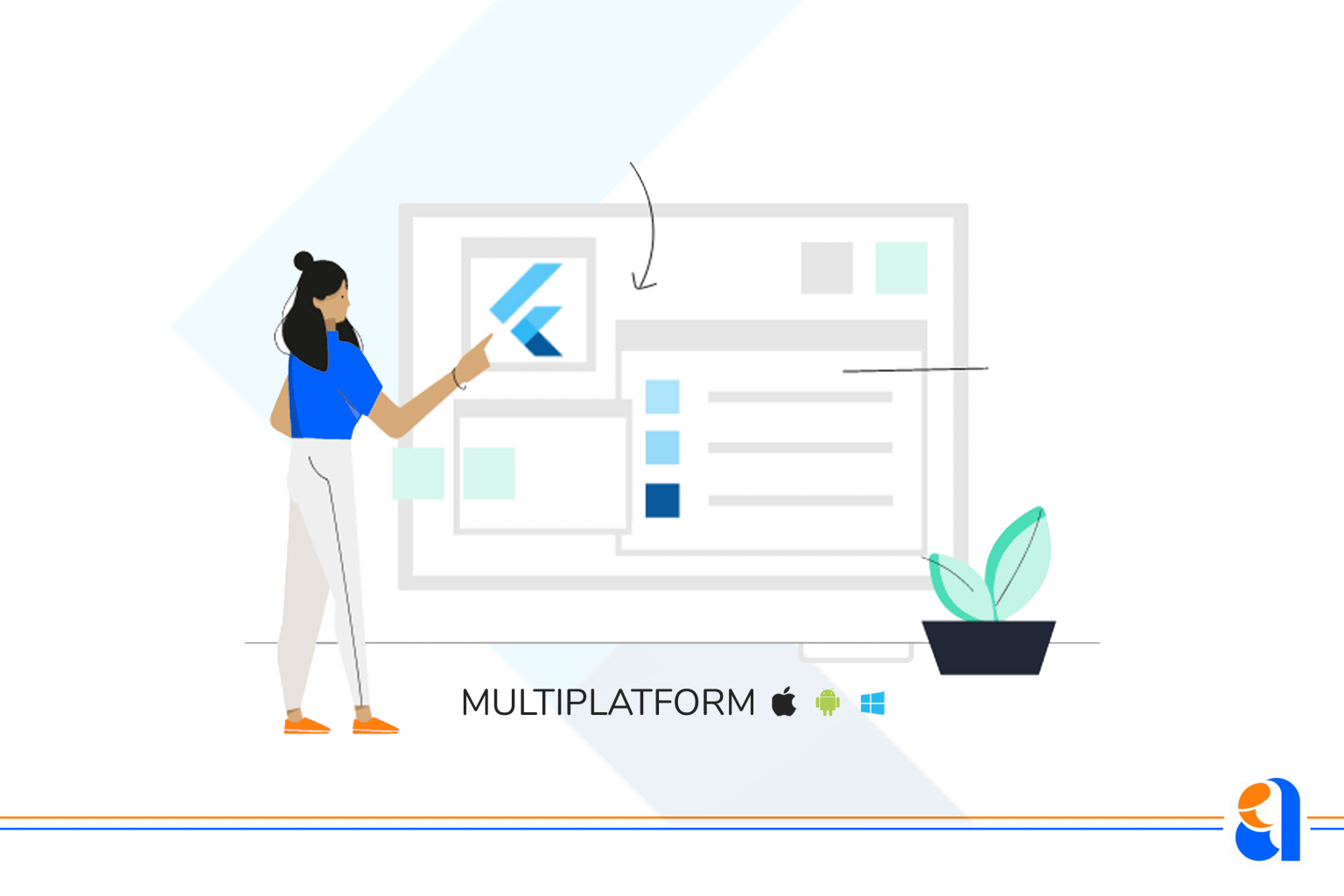 How can you ensure a faster and successful release of your business app to the market where the customer uses a range of devices such as mobile, desktops, and iPad to interact with the online business services?

Though the problem looks quite difficult, Flutter has come up with a unique way to solve it using Flutter multiplatform.

Today web and mobile apps are used for various purposes such as communication, social networking, transportation, online shopping, food delivery, medical services, banking, and so on.  However, among such millions of online applications, only a few became successful.

So what is a secret ingredient for making your app successful?

As the number of apps is constantly growing in the market, the expectations for a better user experience is also rising. Users now prefer high-quality applications that not only satisfy their needs but also deliver a smoother experience across different platforms (Android, iOS) and the web.

That is the reason why businesses are more focused on cross-platform development.

Flutter multiplatform has capabilities to speed up your cross-platform development without hampering the code quality, scalability, and reliability aspects of your application.

Why Flutter for cross-platform app development?

Before building an application for single or multiple platforms,  a project manager must make the standard decision of whether to develop an entirely native application or to use a cross-platform approach to app development.

However, building native or cross-platform applications has its pros and cons. A native application is highly efficient and gives native look to the app but it is still highly expensive and time-consuming if built for different platforms.

On the contrary, implementing a cross-platform approach for multi-platform development is less time-consuming and also has lower development costs but the native controls are tough to integrate.

Flutter is an open-source UI software development framework developed by Google used to build cross-platform applications for different platforms from a single codebase without compromising on code quality, speed, and performance.

It renders your application rather than relying on the platform to do so, making your app extremely fast and responsive. Also, it has its own engine written in C and C++  that runs Dart code.

The growing popularity of Flutter multiplatform

How does it simplify your cross-platform development?

Unlike other frameworks, Flutter has no bridge or context switch between the platform and your application as shown below.

Flutter app development only requires  Canvas and Events to render the widgets to appear on the device screen and access services such as geolocation, sensor, camera, audio, Bluetooth, etc. Furthermore, the application is compiled in AOT (Ahead of Time) instead of JIT ( Just in Time) like JavaScript.

Let’s understand how it contrasts with other ways of app development for multiple platforms.

You can build separate applications for different platforms, in such cases, your code will call the built-in platform UI elements directly but the drawback is each code base will be written in a different native language.

As a result, the development team must maintain consistency between each codebase to maintain the same feature set as the app grows.

2. Build cross-platform with a single codebase but using Web Views and Bridge

Another approach we can use is the single codebase for cross-platform development using   Web Views and Bridge. Using a bridge to communicate with the platform lowers your app performance.

From the above discussion, we can conclude that, though Flutter is a new boy it is way too advanced in the terms of features provided for cross platform development.

With the Flutter Multiplatform, business owners can implement a multi-experience development strategy for various platforms with a single codebase without worrying about the cost and quality issues.

Want to speed up your Flutter cross-platform development?

DhiWise’s Flutter Builder generates clean code which is scalable, maintainable, testable, and highly reliable. Whether you are building a native or a cross-platform app.

To know more about DhiWise Flutter Builder watch out our Youtube videos on Flutter.

Here is why you should give DhiWie a try?

Sign up for free to experience the bliss of faster cross-platform app development with DhiWise!