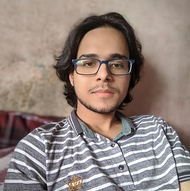 Deployment with Vercel just got easier

Earlier, developers used to set up the project, write the code, test on the local machine, build the project push it to the server, restart the server and check the output. Long procedure right?

To make this procedure rapid, Vercel, GitHub and DhiWise came into the picture. GitHub saves your code with on push and Vercel watches the commits to deploy on the URL. DhiWise automates the coding process that eats project set-up and coding time.

We have been working to redefine how developers deploy and test their ReactJS web applications on production because the results of your local machine may differ on the server that serves your user.

To make it handy, we made it as simple as a few clicks. DhiWise can sync your code to GitHub and then to Vercel.