How to Build a Cross-Platform Mobile Application Using Kotlin? 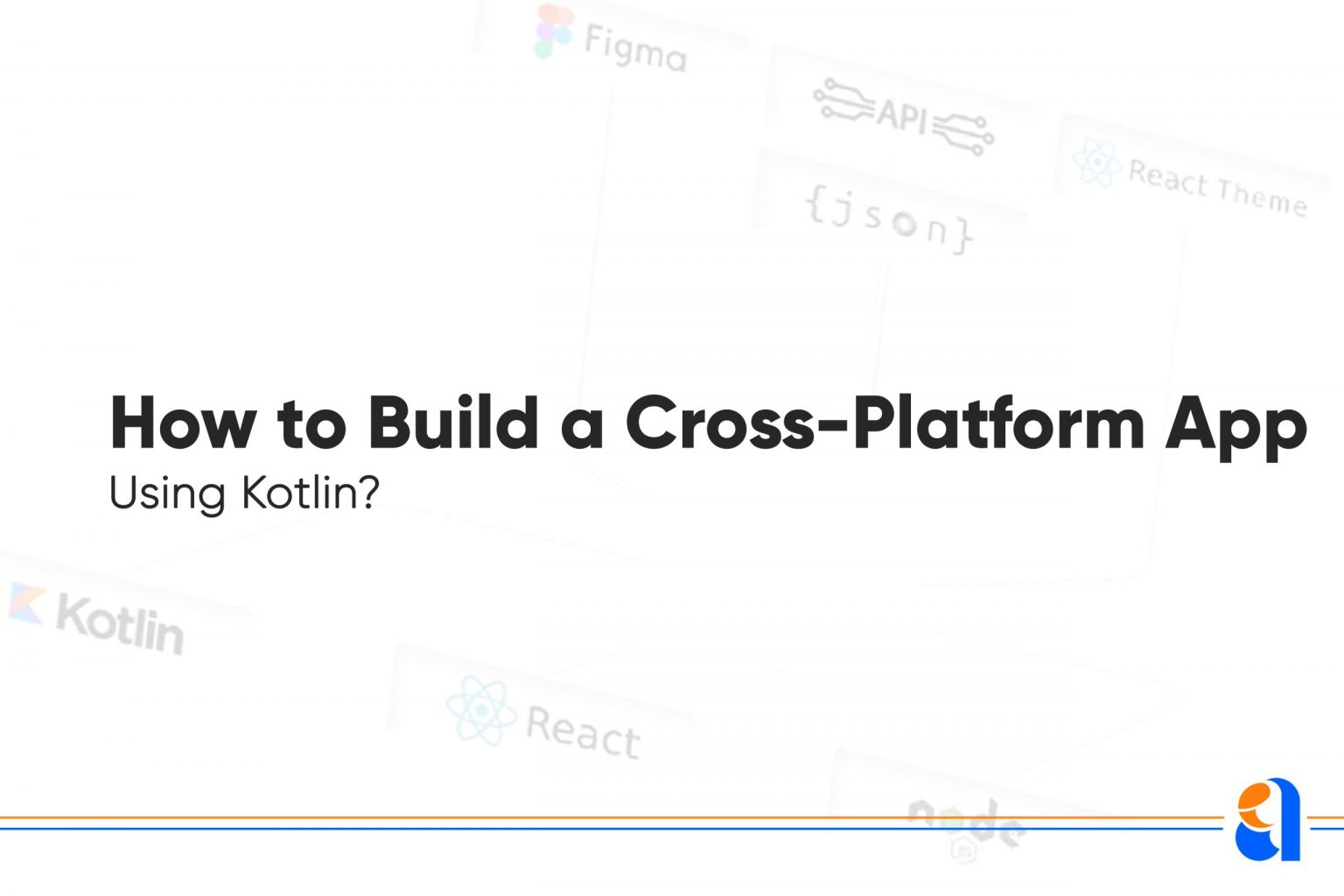 Kotlin is the most loved language among Android developers. But do you know it is also favored by developers for cross-platform mobile application development?

In the 21 century, mobile applications are vital for all businesses to attract and provide better services to the customers. The growing demand for a better user experience and high performance puts a lot of pressure on mobile developers and testers.

Building and maintaining a mobile application is not an easy task; it requires lots of effort and dedication. It is challenging to create a cross-platform mobile application suitable for different platforms(iOS, Android, etc.) and testing it across different hardware and screen sizes.

Besides that, there are other difficulties such as maintaining code and duplicating business logic for each platform makes the entire process of application development costly and time-consuming.

Challenges in building a cross-platform application

Consider an example of Facebook, when we send any post to the timeline, it is displayed to all friends in the friend list. How does that happen? The information posted by the first user is stored in the server under the latest post and whenever anyone opens the application, the post is displayed at the top.

The entire functionality is developed using three applications: the first one invokes service calls, the second one fetches the response information from the server, and the third displays it to the user interface.

Even if the application runs on different devices the entire business logic is the same.

But in the actual scenario, developers need to create different copies of application code for the different operating systems, as updating the information across different devices is platform-specific.

In simple words, even though the complete logic is developed and tested for one operating system, with a native approach, the developer needs to rewrite the entire code for another operating system.  Also, whenever the new feature is added to the app, it must be applied to both the code copies.

What can be the solution for code sharing?

Developers would like to maintain a single copy of code(business logic) rather than maintaining separate copies that support multiple platforms.  It will help them to easily maintain the application codebase and reduce the rework of duplicating code.

Although there have been multiple solutions to build a cross-platform application, none of them is the best fit for code sharing. So, what can be the best solution?

Here, I would like to focus on KMM(Kotlin Multiplatform Mobile) as the best fit for cross-platform application development.

What is Kotlin Multiplatform?

If you are building an application for Android and iOS using a naive approach, consider creating separate projects for both OS that have a module with a common declaration for resources, interface, business logic, data object, etc.

Kotlin multiplatform programming enables developers to solve the problem of platform-specific dependencies. It reduces time spent on writing and maintaining the same code for different platforms while retaining the flexibility of native programming.sum

How does it differ from cross-platform approaches?

You might have questions about why Kotlin Multi Platform for cross-platform development when we already have other cross-platform approaches like React Native and Flutter.

Kotlin Multi-Platform does not provide a build once deploy anywhere solution, it doesn’t recreate common UI for Android and iOS.  Instead,  the UI is coded separately for Android and iOS using native code. Also, it separates the UI and business logic layer by default.

Kotlin Multiplatform only focuses on sharing common code by encapsulating it into a single codebase and then building a separate native application for the respective platform. Hence, it reduces code duplication and saves development time.

Inside the plugin, select Marketplace. Search for KMM and Install it and then restart Android Studio.

Select a project template under Phone and Tablet as KMM Application.

To configure your KMM project, add the project name, package name, save location, and minimum SDK version. Then click on finish to proceed next.

Now you can start coding for your first Kotlin Multi Platform project.

Step7: Edit  configuration  to run the project on Simulator

Accelerate your application development with DhiWise

If you are searching for a faster mobile application development platform with Kotlin support, then DhiWise is the prime solution.  You might be wondering how?

Just take a look at the following details about DhiWise,

Its Intuitive design and advanced features reduce the complexities of the application development so that developers can build their applications faster without compromising on quality.