Request a demoSign inSign up for free
Announcement

iOS Builder has Arrived, right in time for your First Distribution-Ready App… 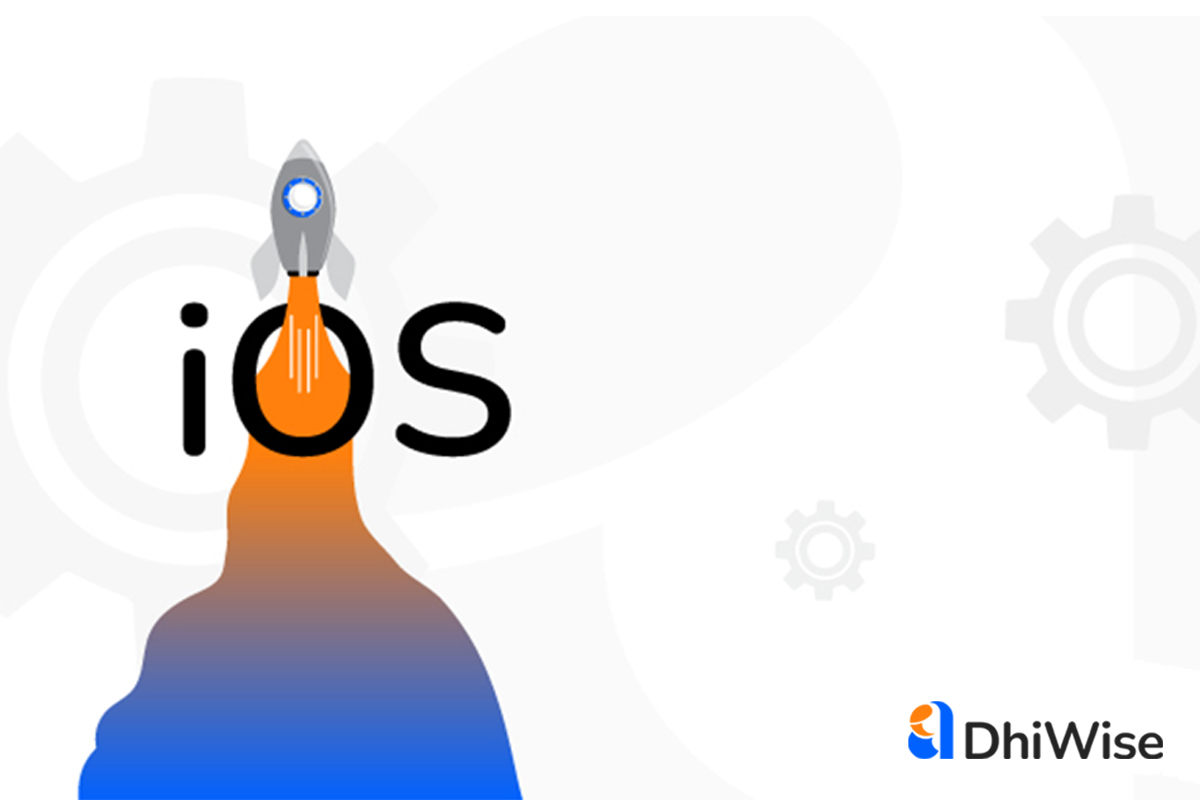 It’s time. It’s finally time to unveil a resource that would get you a place in Apple’s famed app store. And we know that you have been expecting this for quite some time now.

After weeks of research, testing, and prototyping, DhiWise is finally ready with its enterprise-grade, state-of-art iOS Builder, a highly functional app development tool that would let you experience diverse benefits of native app development, without the challenges.

Now design and develop multi-faceted iOS apps in half the time and without those escalating costs. And yes, you will now have time to enjoy the pizza on a Saturday night without clients breathing down on your neck for the MVP.

Wait, didn’t we have the Cross-Platform Builder for iOS Apps?

Cross-platform app development is exceptionally resourceful. You need to spend less without compromising on the time-to-market. Plus, there is that benefit of having a single codebase, in case you want to feature on the Play Store, someday.

But if you are solely an iOS developer and trust us, we can relate to your need for perfection! Cross-platform app development often comes with an added abstraction layer, making it slower than the native tools. Plus, certain native UX elements are impossible to access.

But this discourse isn’t about picking up on cross-platform development. They are class-apart and have their own user base. Just that, they aren’t cut out for native iOS app development. At least, not yet!

In Comes the DhiWise iOS Builder…

As a developer, it is obvious for you to want to feature on the world’s second-largest app distribution store, i.e., the App Store, featuring close to 2.22 million applications. Also, you wouldn’t mind knowing the fact that Apple monetizes its mobile content way better than the Android platform, with the 19 billion USD spent on iOS applications in Q3, 2020, being a standard exponent.

Perks and credibility aside, you would still have to build a good-enough application to make it to the App Store. And what could be better than our iOS Builder?

With Swift as the backbone, our iOS Builder never lets you down in terms of usability. It allows you to focus on developing a UI-specific application that feels light on your device and heavy in terms of functionality. Quite a setting for the perfect app isn’t it!

Backed by Swift as the core programming language, the DhiWise iOS Builder is nothing less than an asset for in-house developers, freelance project handlers, and experienced native iOS professionals. But that’s not the best part. Our iOS Builder lets you import designs directly from platforms like Sketch, XD, and Figma, thereby automatically reducing project handover time by a significant margin.

But hey, don’t infer this to be a low or no-code resource. While you work on the design and focus on the GUI, the iOS Builder intelligently generates source code for you. Once deep inside the iOS Builder, you can access the Interface Builder to quickly generate Xib files, which can be handy if you want to fine-tune different segments of the iOS app, separately.

Still scratching the surface here! With us on board, you can achieve UI Binding to speed up app transitions or app loading in general. This functionality is all the more important for iOS applications, which strive to be faster and more responsive than other native applications.

Finally, with Swift by your side and support for NSUserDefaults, you can make your app scale to newer heights and prepare it for a wide range of user requirements.

Still not convinced! So here are the big guns in play, to help you create the app that matters. The iOS Builder comes with support for Dynamic Libraries to manage memory access and dependencies better. Also, the responsive interface lets you define app segues and different view controller elements, along with constraints to achieve the perfect balance between UX and app speeds.

While the developers can revel in the glory of our iOS-focused platform, we would still want the enterprise owners to get a pretty big slice of the cake. What works perfectly is the ability to use predefined UI elements. This way, you need not spend a fortune hiring UI/UX designers at the initial stage. Not that you wouldn’t need them later!

Plus, the API integrations out here are quick and diverse, which would allow the team added time to concentrate on the app logic. Not to mention the excellent UI control that lets your team come up with apps that hardly crash.

Also, if you have a team to manage, our iOS Builder has version control in play, via GitHub and GitLab integration.

DhiWise iOS Builder and the Future of iOS App Development

Well now that you have already skimmed through some of the most impactful assets related to iOS development, you must know that the functionalities do not end here. Instead, our team is relentlessly testing newer features as you read through this introductory piece.

Also, none of this would have been possible with Swift, at our disposal, a programming language that takes us back to our Objective C days. So, to wrap it up, here are some of the additional features that are already available:

The incremental launch of new features is a promise that we would like to keep. But then, what harm could it do to give you a sneak peek of the offerings to come:

DhiWise iOS Builder is brilliant. But you shouldn’t take our word for it. Instead, just scurry back to the platform and try it out for yourself.