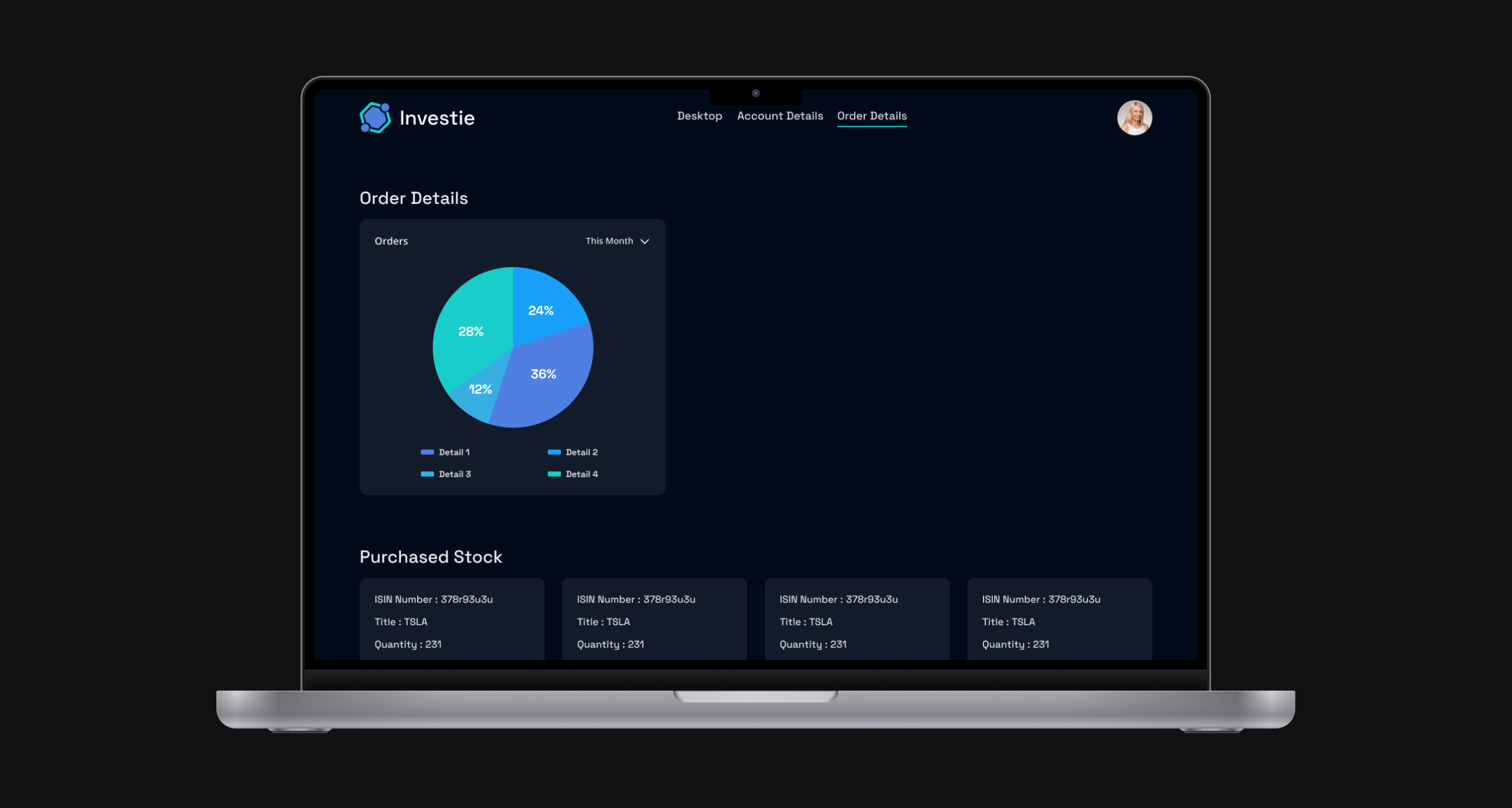 Investie is a trading application that uses lemon.markets for trading the stock on paper mode to learn. Once the user gets comfortable with the paper mode then he can shift to live by replacing the APIs of paper mode to trade API. Investie allows to explore and choose stocks from the huge list of stocks. Users can buy any stock from the list according to its tradable status. Upon buying any stock, Investie will inform the buyer by SMS. Moreover, using Investie developers can track their purchased orders. It provides a graphical as well as list representation of the purchased stocks. So, it benefits the user to track orders on monthly basis.

While trading there are multiple general problems that users face:

DhiWise is a programming platform where developers can convert their designs into developer-friendly code for Mobile and web apps. DhiWise automates the application development lifecycle and instantly generates readable, modular, and reusable code.

Why use DhiWise to build Applications

feature helped majorly in this project by generating the whole React UI code in just a few mins and made the task lot easier.DhiWise had automatically detected all the components and prototypes from Figma like columns, lists, text, input boxes, select dropdowns, buttons, images, and many more.

Using this Preview feature helped to execute code generated by DhiWise to see the output. In preview, there were also options of select the page and page size preview. The preview has also a provision to copy the page preview link from the copy button.

Navigation to different pages using DhiWise had done with just a simple click. Navigation not only lets to navigate on another page but also gives the freedom to pass the data between two pages.

Adding a chart to the website may take a good amount of time for manual coding but using DhiWise it could be done in just a few clicks. Using the Change UI component feature the component was converted to a chart. DhiWise had generated the code of the whole chart view with dummy data. Now the developer had to only pass the data to the chart manually.

API Manager helped in uploading a postman collection of the API to DhiWise. So, all the APIs in the collection were added within just 10 seconds. It also has the feature of adding an API manually. After adding these APIs, a developer can directly integrate them with the UI component or on the life cycle method.

DhiWise provides the feature of API integration. API integration was done in DhiWise using 3 simple steps. On the other hand, if it was done using manual coding then it could take a good amount of time for a developer.

Instead in DhiWise, it hardly took 2-3 minutes to integrate one API depending upon the complexity of the API.

The Application was deployed on Vercel by using the “Deploy on Vercel” feature of DhiWise.

Building this application using manual coding could take more than 32 hours for building the whole UI part, API integration, response binding with the view, adding charts and so much more. As a result, it will take more time, effort, and energy.

Instead, with DhiWise it only took a few minutes to do the same tasks. To build this whole application using DhiWise was only a 2-hour job. DhiWise saves an important aspect of every developer's life which is time. So, developers can more focus on giving more functionalities.

‍Tasks like adding SMS messages, passing the order data to the chart view, and solving some view issues were done using manual coding.