QA Flow to find the questions and answers of individuals from Stack Overflow. 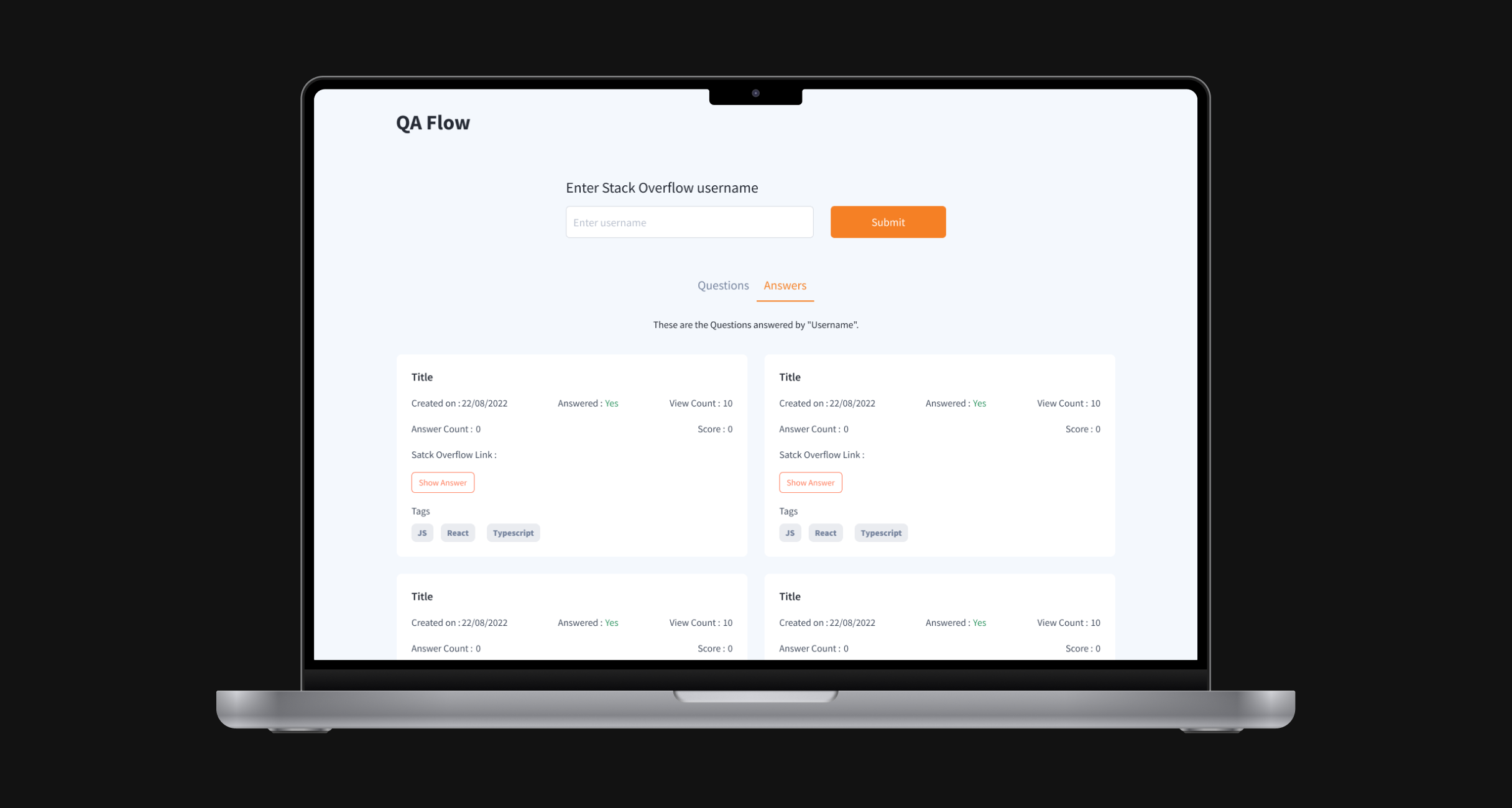 Individuals may utilize StackOverflow usernames to search for specific users on QA Flow, and the platform displays all of the questions and answers that users have submitted.

The platform will collect all the questions and answers the individual has posted after the user enters the person's Stack Overflow username.

The most popular site for questions and answers is Stack Overflow. Users can find answers to their questions or help others out.

To solve this gap, QA Flow was created. Stack Overflow's open APIs were used to build QA Flow in 6 hours. By using this platform, users may quickly find anybody on Stack Overflow.

Essentials to build this application:

Only three things are necessary to construct this fully functional application.

How to build this application using minimal time and effort:

Application is built in DhiWise by following the steps

Entering the design is the initial step in starting any project using DhiWise, and DhiWise will then produce the whole UI code. For example, the application's entire UI was developed with this "Design to code" function.

Click the preview button to preview the UI created by DhiWise after adding the Figma.

After retrieving the screens, the next stage was to implement screen navigation using the Navigation feature of DhiWise.

Some components in Figma were not built according to the Figma guideline of DhiWise, so it might be possible that the DhiWise will misidentify the components. In that case, the Change Component feature helped to change it to a different view type.

Using DhiWise, the APIs were integrated into the component's onClick property. In addition, DhiWise has a feature of binding the API request and response with the UI view component. Using this feature, all the responses of API were tied with the view.

Finally, press the Build button to generate the code and build the application.

After generating the code, developers can easily sync their application code to Visual Studio Code using the DhiWise VS Code extension and start customizing the app code within seconds.

The first thing each developer sees after installing the application is a readme file, which helps them comprehend the project.