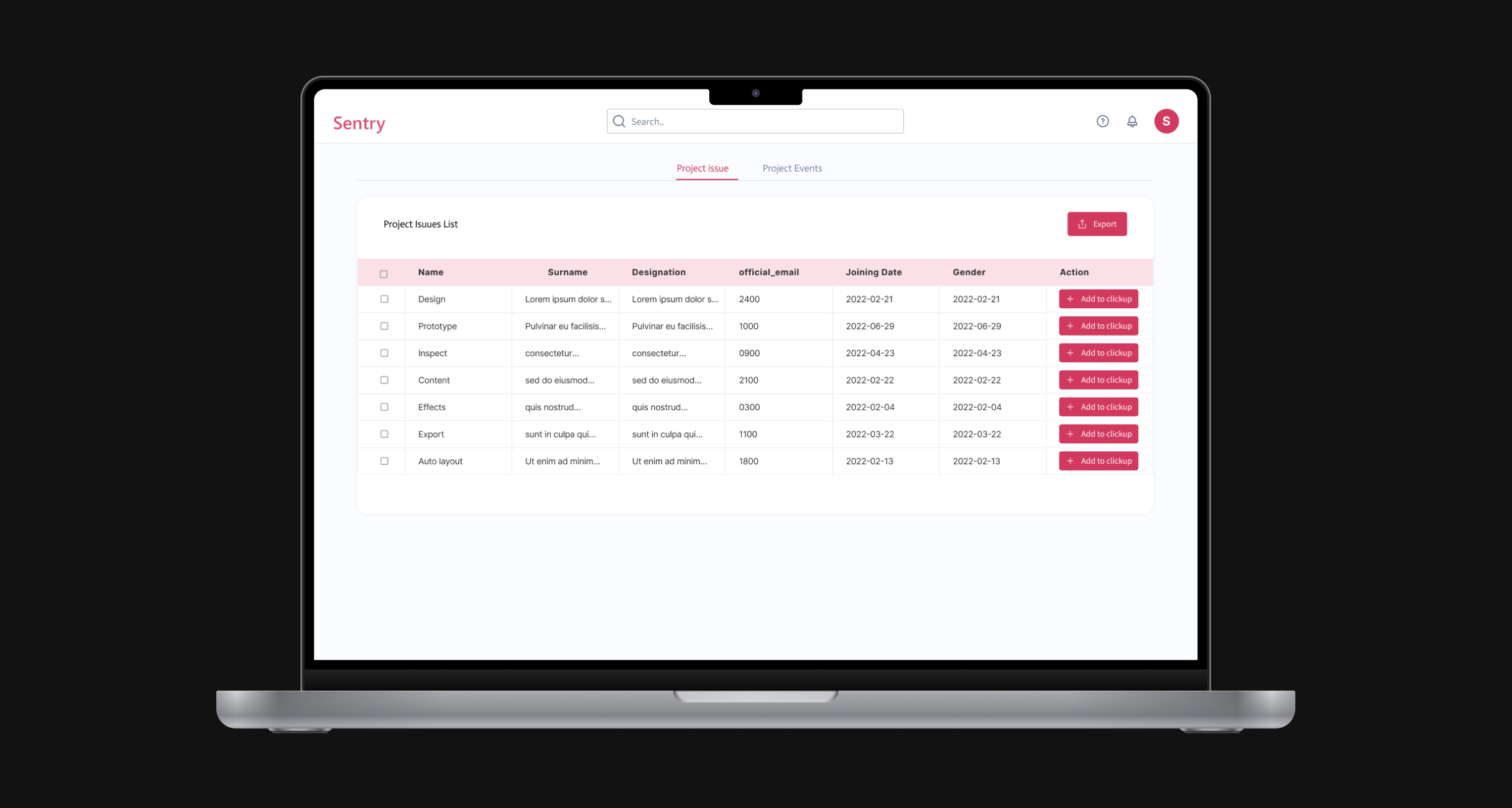 Sentry is a tool for reporting crashes. It gives “real-time insight into production deployments with information to reproduce and fix errors.” It collects them on a web dashboard and warns of any exceptions or errors users encounter while using the app. It is performance monitoring software. This platform helps every developer diagnose, fix, and optimize the performance of their code.

What does Sentry lack?

DhiWise is a programming platform where developers can convert their designs into developer-friendly code for Mobile and web apps. DhiWise automates the application development life-cycle and instantly generates readable, modular, and reusable code.

Making API calls takes more effort and time for a beginner-level developer to establish API clients and services. However, developers may generate it in a matter of hours using DhiWise React Builder.

DhiWise handles every minor adjustment from the platform, from home screen setup to routing and authentication via social media and email to significant alterations like API connection.

Export CSV and create a ClickUp task with DhiWise

Not only exporting but also creating a ClickUp task is easy to implement using DhiWise. Moreover, integrating ClickUp API and handling request-response is convenient.

How was it achieved with DhiWise?

Using DhiWise, the application was built in 2 hours.

The simple import of a Figma design and creating proper page names allowed pages to be built in DhiWise, which improved code clarity.

Detection and modification of components

Navigation and back navigation

DhiWise instantly fetched the navigation that had already been introduced to the Figma prototype, so navigations were handled quickly. Additionally, DhiWise panel offered back navigation to return to the previous screen. Moreover, passing arguments from one screen to another was possible using navigation arguments.

Using this DhiWise, Sentry APIs were integrated into the application. In addition, DhiWise assisted with setting up the API request’s parameters and the response’s binding to the view and handled the success or failure of API calls.

DhiWise generates the code based on standard coding practices. It consists of Tailwind CSS and component-based architecture. So, the code was easily customizable.

After building the application, it no longer needs to rely on DhiWise for the source code. Instead, inside the ReactJS Web application, DhiWise prefers to use community-accepted libraries and packages.

DhiWise contributes to improved agility, lower costs, and increased productivity. Operating at digital speed entails developing the app features that users demand to perform efficiently. And DhiWise gives complete control over the code. So the developer can run this directly in IDE.