Figtion with DhiWise in a Day! 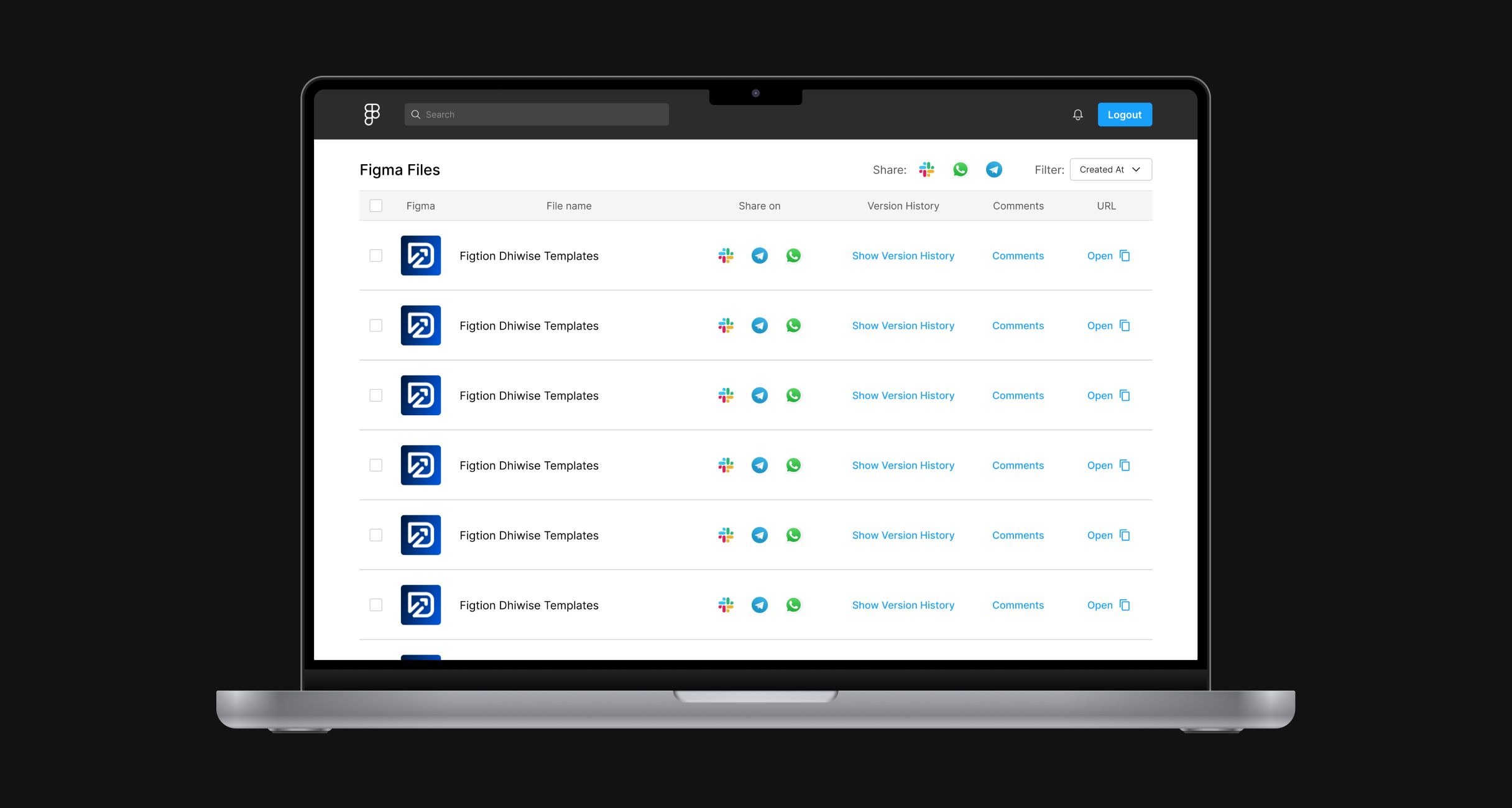 Figma is a collaborative browser-based interface that enables designing websites, applications, logos, and much more. In other words, it is one of the most revolutionary web-based graphics editing and user interface design application. It has the power to wire-frame websites, design mobile app interfaces, prototype designs, craft social media posts, and everything in between. However, it has experienced significant growth since its launch - attracting designers and developers on the fly.

Figma is one of the coolest design-specific resources. Yet, it remains only mildly accessible.

From finding it difficult to share Figma resources across multiple platforms to not getting the required Figma info without having to open each design, things can get tricky if you are on a clock. But then, Dhiwise has a solution or rather Figtion.

The General Approach towards sharing:

Imagine doing it for half an hour every day! That would out turn to be 26 hours per year.  And what if the number rises in ascending order? So, will be a rise in hours that will be spent doing that.

Having a platform that can select multiple Figmas at a time and share across different platforms can ease out the time factor which as a whole can be used into something more productive.

To do so, Figma provides REST APIs for listing, version logs, and comments. Also, open APIs are provided by WhatsApp and Slack too. Consuming these APIs arises “Figtion”!

DhiWise has built Figtion which is a React Web application in just 2 hours with a Figma design and APIs. Let’s explore “The How” in detail.

Exploring “The How” with DhiWise

“ A Good visual layout shows the logical structure of the application.”

“Time isn’t the main thing, it’s the only thing!”

“Good code is its own best documentation.”

“Amalgamating integration of real-time data of different platforms results in a marvelous creation.”

“If your code is at an appropriate place, the rest can follow!”

“Rather than just imagining, have a preview of what’s coming to you!”

As seen, Figtion from DhiWise isn’t as strange as fiction. It’s very real, allowing you to share your designs and prototypes across multiple platforms (slack and Whatsapp) is virtually no time. And how it happens has been detailed rather succinctly throughout the sections mentioned above. Spoiler alert: the approach includes React support, quick API integration, and a lot of imagination.

If you want to create something similar, DhiWise has you covered!