Build a Web feedback app with Discord threads to import feedback to Canny and as ClickUp tasks in a few hours using DhiWise. 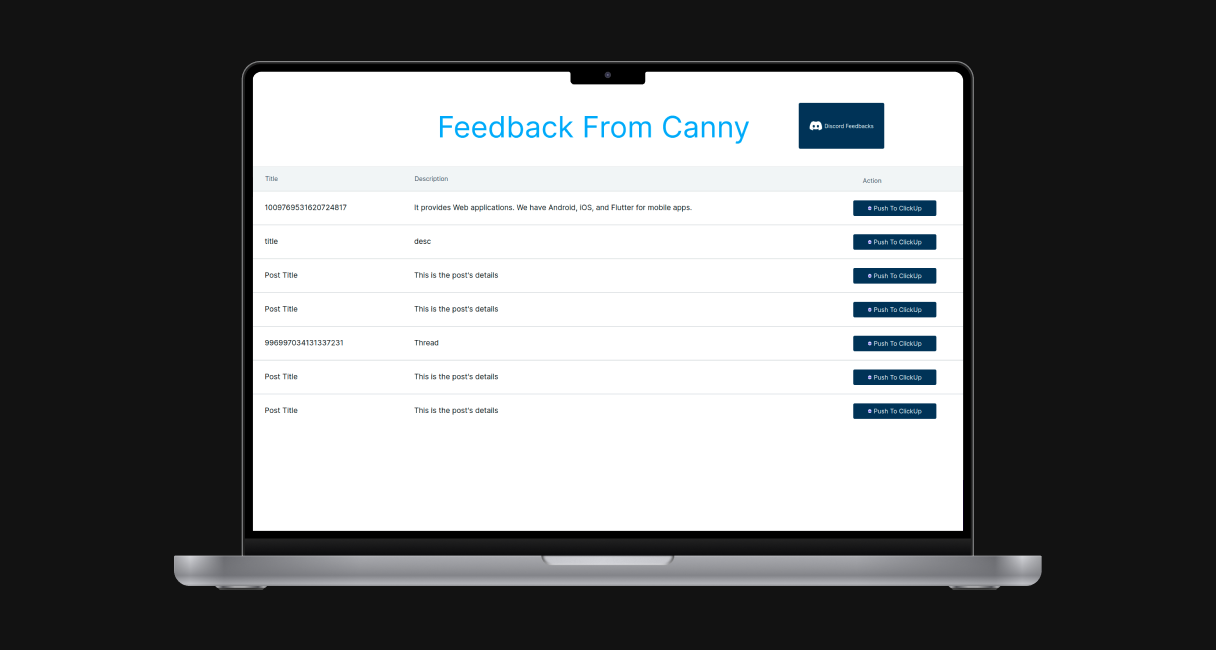 To create a single place for all customer feedback. Save time managing all the feedback while keeping customers in the loop. And to get an organized list of feedback to plan the roadmap.

It generates each component with accurate and responsive React UI, generating HTML, TailwindCSS, and React state management code in a very structured way.

The panel has screens that can be imported easily from Figma URL. It also has a sync option to sync all changes at any time and can be re-synced without interrupting existing functionalities.

It stores required values that were used in projects globally. Constants are needed to keep APIkey, BoardID, and AuthorID and to store default values required for the ClickUp API header body.

There were requirements of API cURL to perform all the operations, whose documentation is available on https://developers.canny.io/api-reference.

Visit and use an existing account or create it if it does not exist, and here it was used as per requirements.

Run Discord channel thread list API and import ClickUp cURL to create tasks and import all the APIs in the project from API Runner.

After that, actions like the click of the button can be redirected to another screen using the Navigation feature Of DhiWise, which also supports passing arguments in the state with Navigation, which saves more time and solves difficulties for passing, which DhiWise allows to operate as it has a feature to bind response of API with the state.