Building Weblog, a blogging Platform to manage Dev.to and Medium from a single platform in less than 3 hours using DhiWise 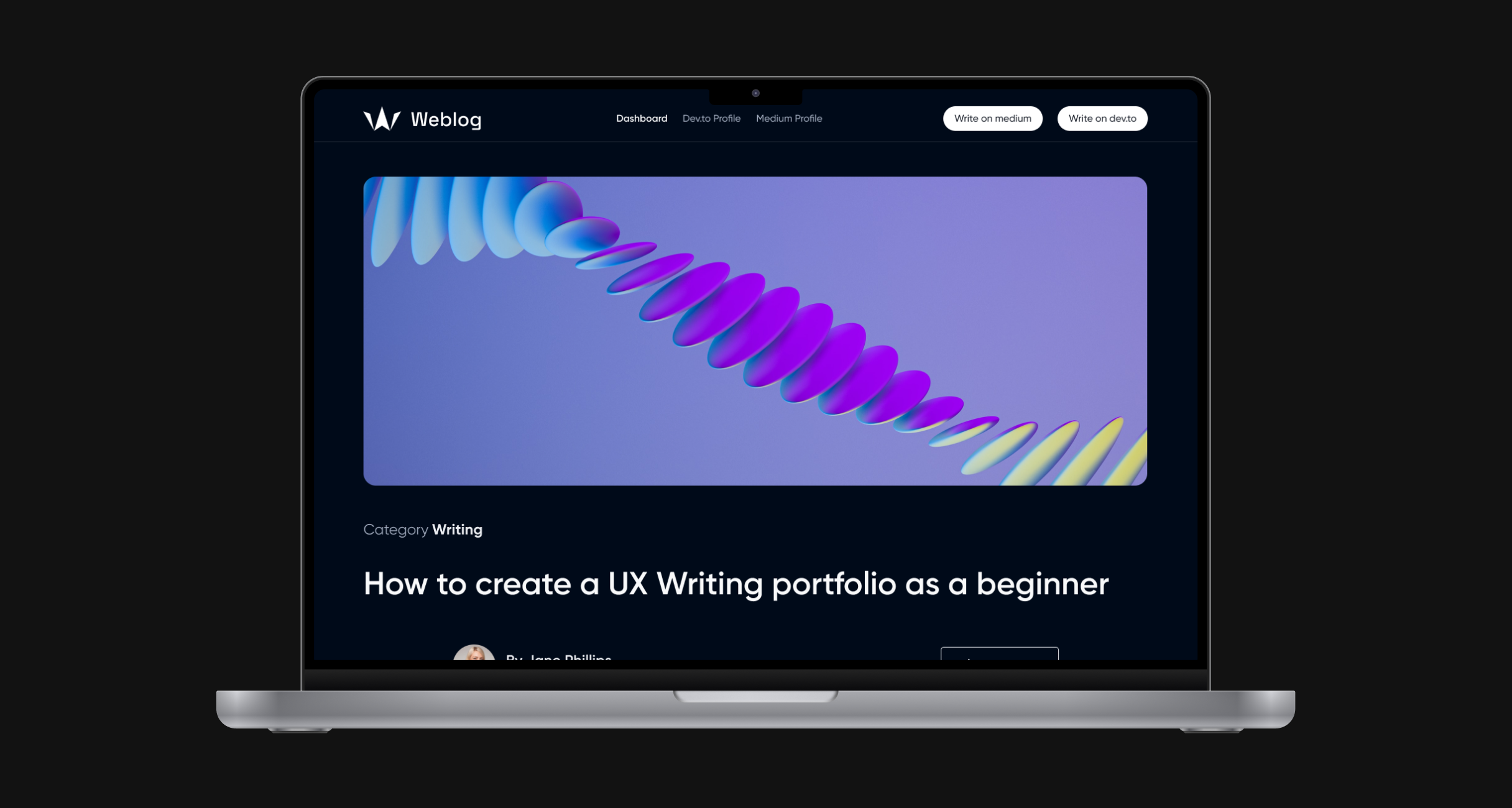 Weblog allows users to manage their Dev.to and Medium profiles, both with the effort of managing one.Using this platform, users can explore new blogs from different categories. In addition, they can see the account details of Dev.to and Medium. Users can also post blogs on both platforms in one go.

Dev.to and Medium are both great platforms for a person who likes to read and post articles daily, but the problem is how to manage activities on both platforms with minimal time and effort.If the user wants to post something, he will write a post on Dev.to and then go on Medium to do the same. As a result, they consume a huge amount of time.

This platform is built using the open APIs of Dev.to and Medium to solve this problem. It took around 3 hours to make this app using DhiWise.

Let’s say to build this whole application seven screens from scratch, from design to API integration, all things using manual coding, then it would probably take around 40 hours.

But using DhiWise, It could be done within 3 hours.

Some parts of the application, like data passing and UI changes, were done using manual coding.

While calculating the time difference between manual coding vs. DhiWise saves 40 - 3 hours = 37 hours.

To conclude, DhiWise saves developers time and effort by focusing more on the core features and building the application with beginner-level knowledge and less effort in coding.

Steps to achieve this in DhiWise:

DhiWise’s much-talked-about feature of “Design to Code” converted Figma designs to developer-friendly code. This feature had detected all the components, styles as well as prototype navigations from Figma.Additionally, DhiWise had also detected the page names from Figma. So, it helped to give names to pages in DhiWise.

Sync design from the Figma feature was used to re-sync the Figma when there were any design changes in Figma. The changes had re-synced with the existing application in DhiWise. This feature was also a boon because it saved the time of recreating the whole application again.

DhiWise also has a feature of Home page selection which was used to select the application’s home screen.

The Screens-Config feature showed the reusable components detected by DhiWise from Figma and allowed us to change some incorrectly detected components to the desired ones.

For example, Column to Text, Text to Input, Drop-down, and so on.

The API manager helped to add a new API to the project. API manager also has a feature of uploading the Postman collection file and creating a new API functionality. So, using this feature, all the APIs were added to DhiWise.

API integration on Lifecycle action was used to integrate the API on the page’s life cycle method within just a few steps.

In addition to the API integration, DhiWise helps users to integrate additional APIs on these two methods as well as execute some actions on APIs on Success and Error methods, such as showing alert messages and navigation.

This handle action feature helped integrate the actions on Success and on Error methods.

This was all about the GET APIs, but what about the POST APIs?

POST requests send data to the API server to create or update a resource. So, sending data in POST request API requires a reasonable amount of time to code the API call function, manage the data into the state, and send the data into API, but DhiWise gives the feature of request body bind with the view.

So, for all things like form data state management and API call function, DhiWise was able to handle all of them.This feature helped to integrate the POST APIs into the application. In addition, with the feature of a bind with view, DhiWise made request body binding much more effortless.

After doing all changes and integrating all the APIs, clicking on the Build app button generated the complete application code.

After the code was generated, it was committed on GitHub and deployed on Vercel using DhiWise. This was helpful to see the output of code generated by DhiWise.