Why Do Developers Use Kotlin For Android Development? - DhiWise 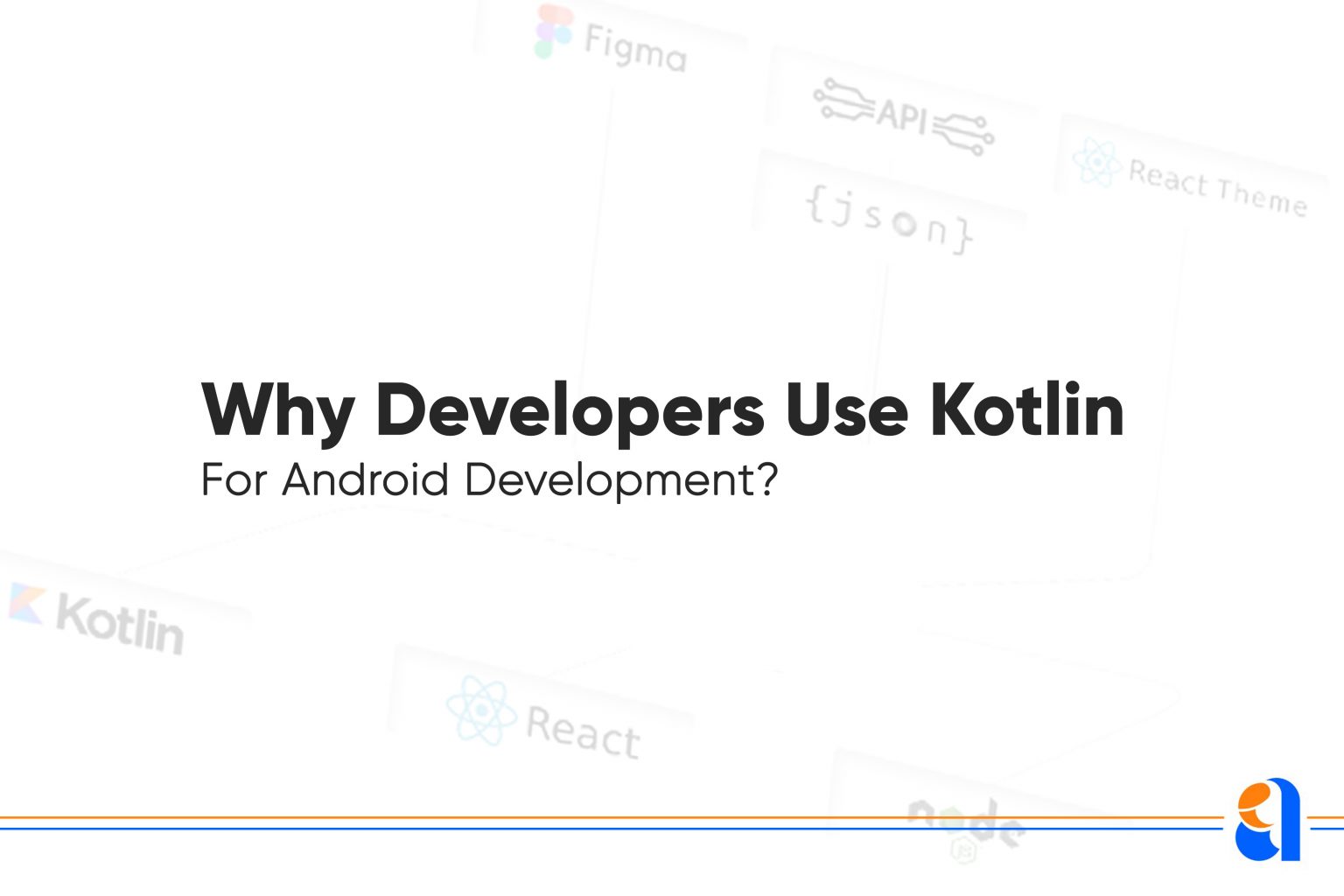 Further, it states how developers can efficiently build their Kotlin application using DhiWise.

The Kotlin language was first introduced publicly in July 2011 by JetBrains(A Software development Company). JetBrains was looking for a language that compiles into JVM with the expanded advantages in terms of efficiency, reliability,  and performance, but it was difficult for them to find all these features in one language except Scala. However, Scala had the drawback of slow compilation.

Therefore JetBrain started developing a language that has all these features along with faster compilation(Kotlin compiles as fast as Java). Later in February 2012, JetBrains open-sourced the Kotlin project under the Apache2 License.

The Kotlin got its name from the island of Kotlin near Saint Petersburg, Russia. The language is used for multi-platform mobile application development, server-side programming, and web front-end development.

In 2017, Google announced world-class support for Kotlin on Android devices, and on May 7, 2019, Google officially announced that Kotlin is its preferred language for Android app development.

Although Kotlin is still young, it is giving tough competition to Java as it provides a better solution for most of the complexities in Java. The language is designed to be fully interoperable with Java.  It is simple, easy to understand, yet powerful.

In Kotlin, fewer lines of code are sufficient to solve the problem as compared to Java.  The other things that make it amazing are:

Kotlin is strongly typed making it easier to detect errors in the early stages of development and to create an optimized application.

The language is easy to learn, and its features such as type-safe code building and delegated properties help developers to build powerful yet easy-to-use abstractions.

Null safety in Kotlin eliminates the Null pointer errors from the code.

Advantages of Kotlin over Java?

Kotlin solves many issues faced by Java programmers. Here are a few of them,

Why did it become so popular among the Android developer community?

Let us go through the top reasons why Kotlin is the best choice for your next Android project.

The code written in Kotlin is easy to read and review, even the developer with no experience in Kotlin can review it. The readable code leads to fewer errors saving developers time so that they can focus on more complex issues in the application.

Kotlin is designed for efficiency and higher productivity. It solves most of the problems faced by developers such as longer compilation time and null pointer issues. In addition, it maintains backward compatibility with many Java and Androids projects.

Kotlin was first released in 2011, since then it has continuously developed as a complete ecosystem, has robust tooling support, and has a large developer community. The language has been used by over 60% of Android development professionals.

Kotlin is an open-source programming language with extensive documentation. Developers can submit their queries in the community and get them answered quickly. Also, Java developers can convert their code written in Java to Kotlin with just one click, making Kotlinhighly cost-efficient for application development.

Kotlin does not impose any particular programming style on developers like Object-Oriented programming.

Kotlin makes migration easy with its interoperability with Java. Developers can start from each application model, convert it into Kotlin code and perform unit testing on it against its current test suite. Kotlin also provides support for debugging, unit testing, and profiling.

All of these aspects and many other factors make Kotlin the unique programming language that has undoubtedly won the hearts of developers. With every advanced feature, it is getting brighter in the Android developer community.

Use DhiWise and move one step ahead in Android app development

If you are planning to build a quality Android application with Kotlin then start using DhiWise and get one step ahead.

DhiWise is the world’s first 100 % developer-centric platform for web and mobile application development. It offers advanced technology support and modern features to speed up app delivery to the market.

DhiWise enables developers to create a scalable, and maintainable Android application instantly by providing an intuitive platform where developers can convert Figma design to usable code, import database, configure screen components, integrate APIs, customize it according to project requirements and share the assets with other team members all from one place.

So what are you waiting for? Sign up Now!