Why Reactjs For SaaS is The Next Big Thing? 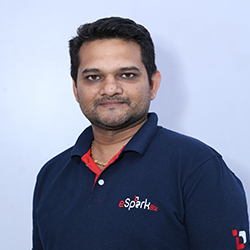 Many businesses have replaced traditional software licensing models with SaaS (Software as a Service). One-time installations or expensive models are no longer needed. It's as simple as a monthly subscription, downloading the cloud software, and you're all set!

Facebook initially developed ReactJs, and it quickly spread to some of the most notable SaaS applications, which have become a vital part of our daily lives, including Netflix, Dropbox, Instagram, among many others.

There is no doubt that ReactJs has met, and in many cases even exceeded, user expectations, regardless of whether you are a novice or an expert. Its library is primarily used for user interfaces. Since 2015, ReactJs has been open-sourced.

Let us first understand what ReactJS is

ReactJS is a JavaScript library commonly used in web development. It is built by Jordan Walke, a software engineer at Facebook. The library is being used by startups as well as some of the biggest brands to build next-generation apps for the web and mobile. It is instrumental when building single-page applications.

Developers can use it to build large web applications where data can be changed without reloading the application. The benefit of React is its speed, scalability and simplicity. Additionally, it can be used in conjunction with other JavaScript libraries, such as Angular in MVC.

What are the main advantages of ReactJS?

Why do repetitive task ever again when you can convert your design-to-code with DhiWise - The fastest way to build enterprise-grade apps. Sign up & build Flutter, iOS, Android, & React web apps for free!

Developers across the world love Reactjs for how it simplifies the web development process. Here are the basic features of Reactjs for faster app development:

JSX is the template language which is used by Reactjs because it is simple and easy to use. A significant benefit of JSX Syntax is that it implements HTML tag syntax whenever it wants to deliver the subcomponents. After this, these subcomponents are then transferred to JavaScript for a comprehensive React framework.

Single-way data flow is used by Reactjs. In other words, HTML tags properties are used to convey values to the component's renderer.

Using Reactjs, components cannot directly access or update any property. Nevertheless, it facilitates the modification and upgradation of properties by delivering a callback.

Each component of Reactjs web apps is designed with a distinct set of logic. The main advantage of Reactjs is that it allows SaaS developers to pass data between different parts of the application without altering the DOM. This is made possible because Reactjs’s logic is written in JavaScript rather than templates.

Reactjs allows developers to get access to innate libraries. Most of the developers mainly employ the available libraries to create a mobile app framework by making use of JavaScript. The likenesses between both React Native and Reactjs make sure that the transition of an app from web to mobile is a flawless one.

By using the Virtual DOM,  ReactJS developers can build a prompt SaaS web application while making sure its accuracy is on point.

6. Asynchronous Communication with Server By Making Use of Flux Pattern

The flux pattern which is used in ReactJS assists the developers in creating those applications that can asynchronously communicate with a server. When you rent Indian coders, it will help them avoid common issues such as blocking and executing several codes simultaneously. It is also simpler for the user to change data that is present on the server whenever required and that too without affecting any of the UI elements. A developer would also be able to make required changes promptly and fix any expected errors before they take place.

Why Should You Consider Building Your SaaS Product with ReactJS?

Using ReactJS for SaaS product development is a lot more beneficial when compared to building software in a traditional manner. Here is how:

It is only after developing SaaS products that companies are able to fully realize ReactJS' potential, capability and value. In both the building and continuing development of a product, ReactJS is preferable because it can either build a product from scratch or modify an existing one. This is a lightweight and simple library designed to satisfy the needs of today's developers.

DhiWise is the fastest way to build an Enterprise-grade app. Try React web app builder to build your full-fledged SaaS website within a few days. And to quickly start your app development use the customizable Growit Business Analytics provided by DhiWise.

Sign up today to start building your SaaS application with React.