Request a demoSign inSign up for free
Know DhiWise

How ProCode is Fast Shaping up as a New Normal for App Developers? 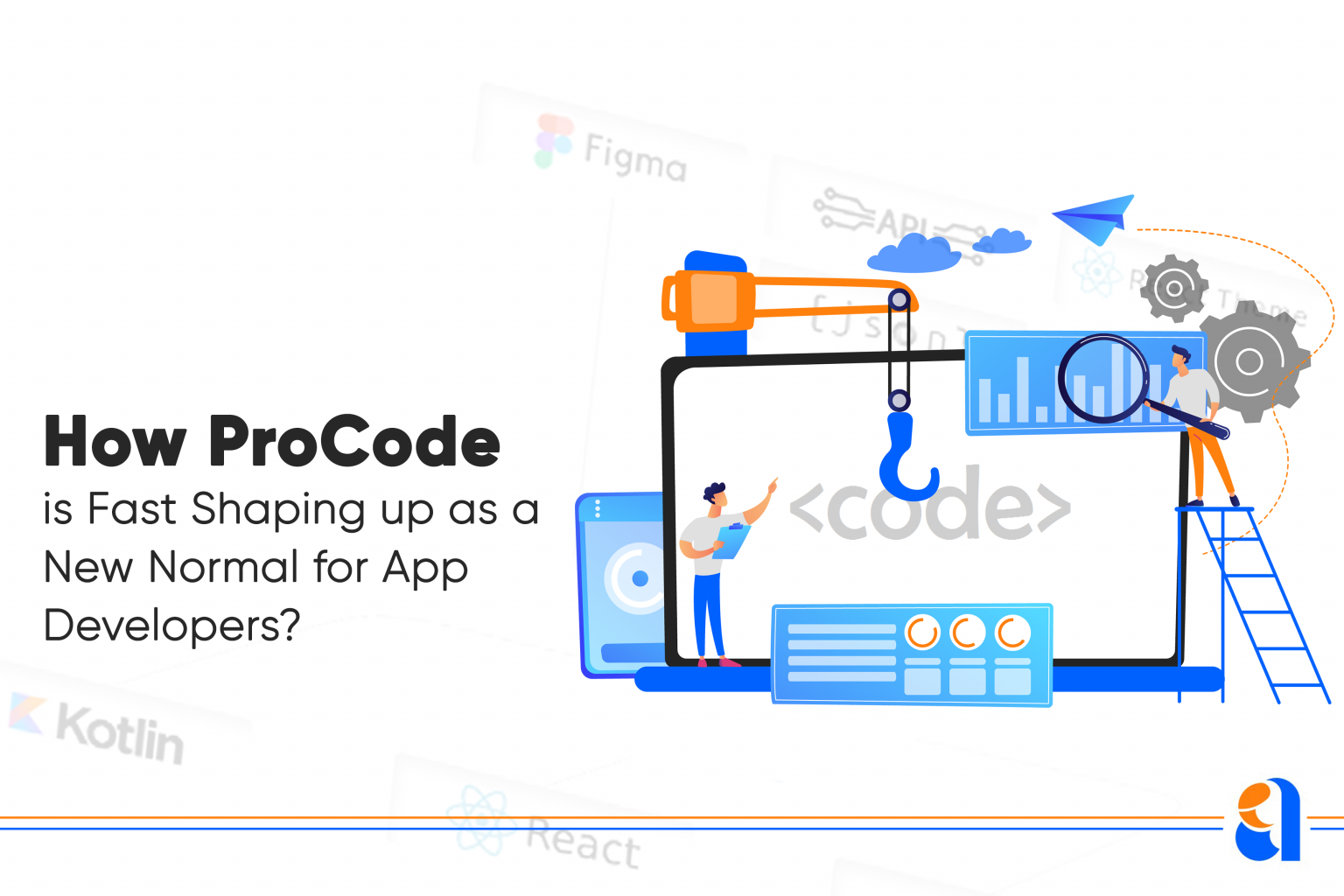 Lego blocks for app development! This is exactly what low-code platforms look like.

No need to abide by the traditional coding rules.

And, easy to scale apps or whatever you can create using the same. But there is a catch!

But that’s not all. No-Code platforms for non-technical individuals are also being hailed to make app development a matter of minutes. The approach, quite appropriately, is rigid, inflexible, and not meant for developing industry-grade applications.

Why Not Traditional Coding?

As a seasoned developer, you might feel at home with traditional coding, where you are expected to write endless lines of codes. Although it helps you add requisite business logic and substance of the apps, traditional coding for developing an app is excruciatingly slow, repetitive, and even increases the Time-to-Market time frame.

Professional, Productive, Profitable. ProCode can be many things, rolled into one.

As a concept though, ProcCode introduces the best of low-code, no-code, and traditional coding platforms with focus on eliminating repetitive code writing, improving app security, and helping you develop applications on the framework of choice.

Plus, API calls, integrations, middleware support, social authentication, and other traits remain as it is as only the sluggishness of traditional coding and restrictiveness of low and no-code platforms are dealt with.

Honestly, app development needn’t be hard. But it shouldn’t be as easy as it defeats the essence of development or fails to acknowledge the efforts of seasoned developers.

Low-code, despite being an entry-level app development resource, has started proliferating uncontrollably, thereby making modern-day app development look easier than it should be. While it is attracting many new-age developers, it is also downgrading the quality of the applications.

What should have been a technology for creating decentralized IT products using low-code JSON files and templates has been adopted as a full-fledged app development resource.

These needs beckon the rise and adoption of the ProCode platform.

Only ProCode can eliminate the redundancies of the low-code platform.

With a ProCode platform to rely on, developers can still hand draft their own code without having to rely solely on a Graphical User Interface.

While a handy ProCode platform keeps the good things of a Low-Code setup, including the visual interface, compatible database servers, a handful of workflow objects, and even APIs, it also helps define the business logic that makes or breaks the concerned application.

ProCode Platform cuts out the redundancies by helping developers:

The Role of DhiWise

What if we can get our hands on a platform that is as uncomplicated as a low-code interface but seethes with comprehensive ProCode abilities?

The answer to this is DhiWise— a modern ProCode platform that makes app development simple yet enterprise-grade.

But the DhiWise expertise doesn’t end here as this ProCode platform is on the brink of envisioning a MERN stack PaaS module for realigning, simplifying, and upgrading your every low-end, mid-range, and industry-grade development needs.