Attention PHP Geeks-DhiWise now has a Laravel Builder, up and running 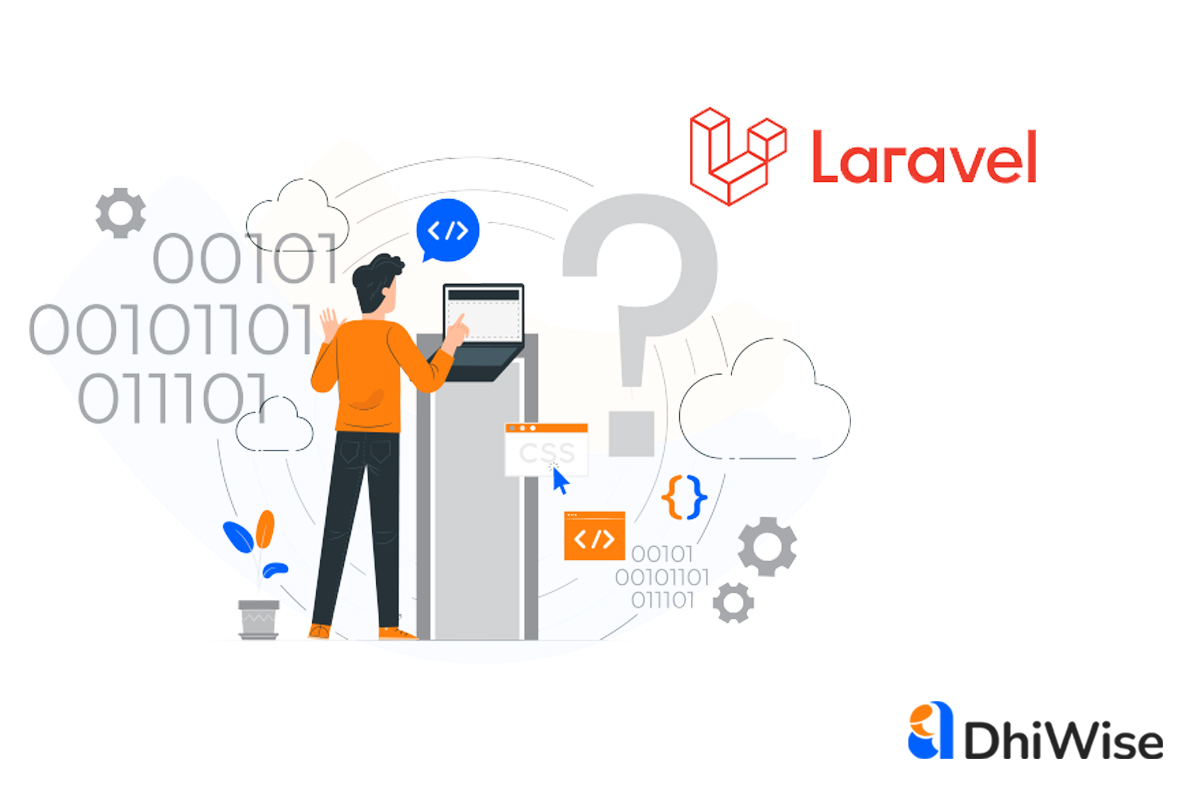 Attention PHP Geeks-DhiWise now has a Laravel Builder, up and running

While your love for JavaScript is justified, PHP continues to be an emotion. Familiar syntax, platform-independent usage, quick error reporting, cross-platform benefits, and more! The list could go on for hours!

As much as PHP sounds fun and resourceful, the developer community hasn’t had the chance to explore all the possibilities. But wait, things are expected to change anytime soon with Laravel slowly rising up the charts, making the PHP magic work on a wide range of web apps.

But wait, Laravel was released way back in 2011! So, why are we even discussing it in 2021? The reason; we are now in the ProCode era where development framework utilization isn’t what it used to be.

Laravel and Procode: A Match Made in Heaven

With almost 0.07 percent of global websites to its name, Laravel is still picking up the bits here. Dedicated towards web artisans to be exact, Laravel, despite its expressive syntax and elegant code writing, needs a more concrete viewpoint to make a lasting impression.

Also, as a descriptive PHP framework with MVC architecture, Laravel isn’t as easy and effective to be used as a no-code or even a low-code resource. Honestly, for making Laravel tick and reach out to a large audience base, ProCode is the need of the hour.

For those who aren’t aware of what ProCode is, it’s an exclusively ideated concept of developing applications where the focus is on eliminating only the obsolete boilerplate code snippets without completely forgoing the elements of traditional coding. ProCode aims for code cleanliness, quicker apps, and easy scaling if developers want to add features, resources, and tools to the app, in time.

ProCode resembles actual coding. Only with an eye for actual professional productivity! Coming back to Laravel, viewing this framework from the ProCode lens adds to the versatility, security, and scalability quotient of the applications.

Enough of beating around the bush with Laravel! As someone with an affinity for PHP-powered coding, you would know that Laravel is still one of the better backend frameworks for applications. Benefits of adopting Laravel include access to a tokenized and standard authentication logic, better control over the database, targeted authorization, seeding, routing, message queuing, exception handling, and a lot more.

DhiWise, as the world’s first 100 percent developer-centric ProCode platform, aims at offering the best parts of Laravel, sans the occasional sluggishness associated with the actual framework. What you get is a state-of-art “DhiWise Laravel Builder” that promises and over-delivers.

What’s in it for the Developers?

DhiWise’s Laravel Builder is a curated app development resource that lets you explore and deploy all the necessary features of Laravel. Some of the present-day highlights include:

If you have plans of empowering your application with a secure sign-up interface, the DhiWise Laravel Builder certainly deserves a summoning. There are no lags and delays with virtually plug-and-play access to setting up authentication APIs, tokens, and even relevant middleware.

Nothing against the inventive role-based access support offered by JavaScript platforms, but the Laravel builder on display is simply way ahead. While restricting or allowing User Access to the app interfaces according to roles and subscription is supported, the platform also supports permission seeding into the database to make the process fast, elegant, and organic.

Apps interfaces can now be routed faster than usual, especially if you want to make the web app more responsive. DhiWise Laravel Builder has some clearly defined Route Policies in play to make URL routing simpler and easy to identify, based on your requirements of navigation. Plus, you are also free to integrate Query Params with the route policies to attach parameters to the identified route and take relevant actions.

Well, the standard development architecture for Laravel is persisted. At the Laravel Builder, you can go a step further with this by working concurrently on databases, boilerplate, and models.

Apps aren’t useful unless they can interact outwards. The ProCode Laravel Builder takes functionality seriously by letting you assign relevant CRUD APIs to select models, add middleware in case the app needs real-time and fast-tracked resource access, and even get quick API responses.

To sum it up, DhiWise’s Laravel Builder is a one-of-a-kind solution for the PHP geeks, who are in it for quicker code testing, error detection, and the ability to add deferring queues to the apps, for making it use resources, far more efficiently. Plus, the mentioned features do make it possible to create a good enough CMS application in a single go. Not that, you cannot create anything else!

Use Cases Handled by the Laravel Builder

Talking about potential, DhiWise’s Laravel Builder has you covered if you plan on creating:

However, that’s not the end of the line for the DhiWise Laravel Builder.

What more to Expect?

At DhiWise, you can expect us to do one thing better than anyone else. Upgrade!

Well, that is exactly what is in store for developers as the Laravel Builder will soon feature the following traits:

Overall, our Laravel Builder has the potential to be your all-inclusive app development resource, more so with these top-of-the-line features awaiting release. Despite being browser-based or a Platform-as-a-Service tool for the enthused developers, the Laravel Builder seems like your best bet for developing apps with multi-lingual support, and a bit of modern responsiveness, without letting go of your coding skills.

Let’s Import designs, Build the App and Deploy it.