What does Design-to-Code mean and how is it Useful? 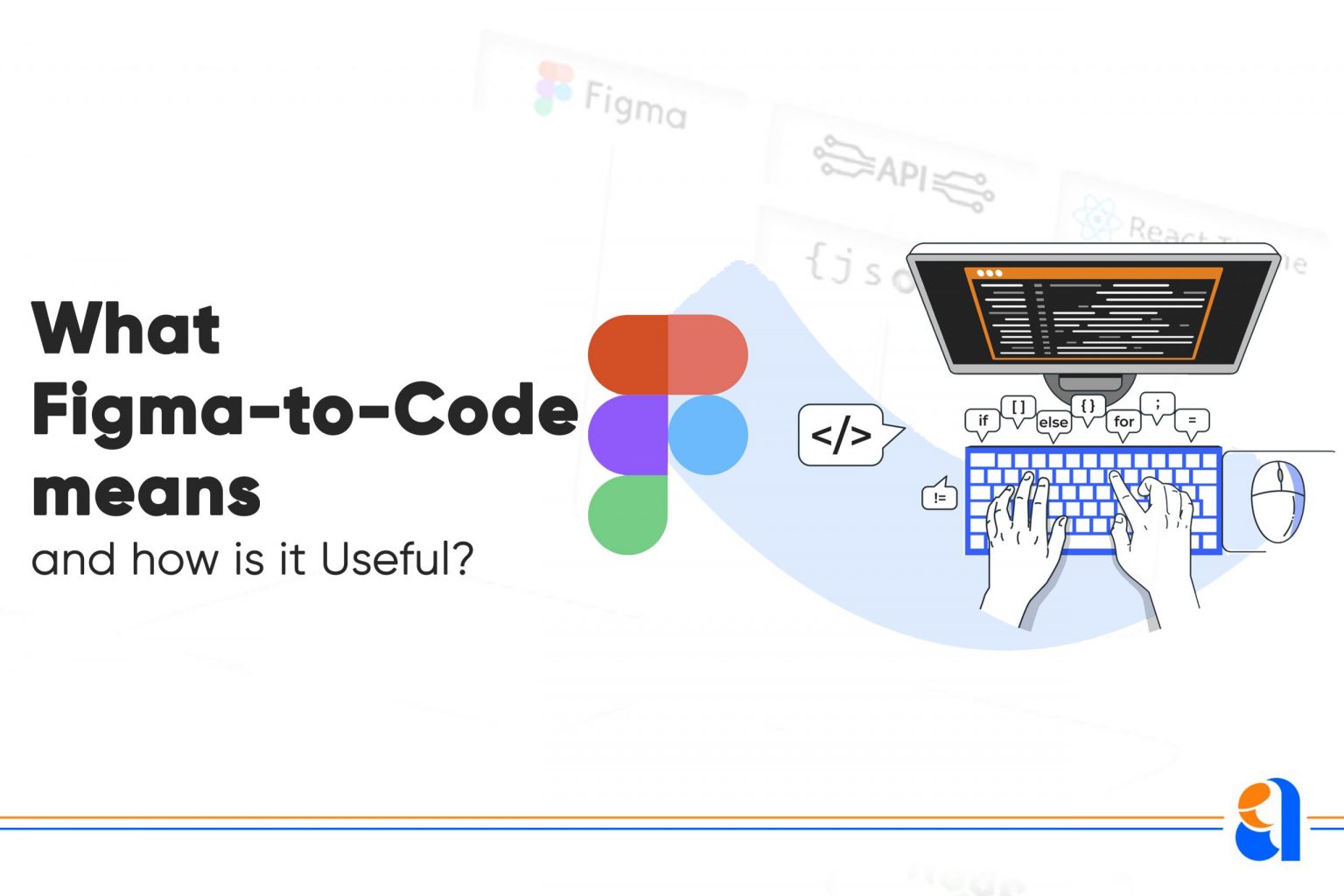 Do you have a design-specific idea in mind that could very well be transformed into an app? I hear you and this is why Design-to-Code is a concept you need to understand.

But, what if there was a way to create functional applications without having to rely on redundant and repetitive code writing. Or, rather, how about an app-development strategy that doesn’t even involve extended lines of tedious codes?

Yes, the mentioned premise isn’t simply an assumption but a possibility with a concept known as ‘Design-to-Code’.

As a resource, Design-to-code is about transforming the UI into source code that is the very foundation of the application. This way, most UI components are readily converted into usable codes and the developer in you simply needs to integrate APIs, pair databases, and set navigations.

Don’t get me wrong but coding isn’t always the best way to approach an app!

Now that I have raised a controversial storm, here is a blatant justification to validate.

Apps, regardless of the framework you choose, need coding. But then, not always do the codes translate into creativity. If you are a developer who relies extensively on codes, you might very well be missing out on the creative freedom that you deserve.

As much as I like coding, it does get repetitive at times. You need to define even the smallest of processes and variables, which could have been avoided with automation.

Now imagine having a dedicated platform that magically collates with a UX/UI interface, for importing designs and converting them into codes.

Yes, you read right as automated source code generation might be your only way out of this repetitive rut. However, finding the right prototyping tool is a matter of concern and my heart goes to Figma owing to the simplicity, diversity of designs, and collaborative abilities.

As expected, having the Figma UI code handy offers better control over the applications, in time. But the process isn’t initiated over Figma itself and you must transfer the same to a dedicated ‘ProCode’ platform to explore the code-specific elements. Or you can follow:

This Figma-specific resource doesn’t require you to leave the interface for code generation. You can simply select any design element and convert it into XML, Swift, or CSS code for being used on relevant platforms. Inventive right!

You can either use the HTML plugin, Flutter Plugin, Kotlin plugin, CSS plugin, or any other option from a list of over 450+ resources to import the relevant Figma design to the platform of choice.

If you are an aspiring developer, having third-party tools like Bravo Studio can be helpful in Design-to-Code conversion. Once you connect the Figma design to the third-party tool, you can also pair tablets, upload attachments, and even set APIs to make the application a reality.

How does DhiWise make Design-to-Code conversions easier than ever?

But why do you even need to fret and explore multiple options with DhiWise around!

The DhiWise Kotlin Builder allows you to import Figma files directly and procure the source code.

Yes, it is as simple as that.

Once the UI is imported, DhiWise lets you determine the app flow and navigation by acting as an independent browser-based app development platform.

But that’s not all…

The modern Kotlin Builder transforms the UI into clean code— something that isn’t plagued with dependencies. The code accommodates screens, fonts, colors, strings, and more, which are open to modifications.

Also, the developer need not be fixated on one platform as the Kotlin builder supports view modifications.

I wonder if this feels way too overwhelming to the developer within. Just for the sake of simplicity, here are the issues that DhiWise lets you mitigate:

In case you are still unsure about migrating to the DhiWise Kotlin Builder, take a look at our knowledge base and video repository for additional details.