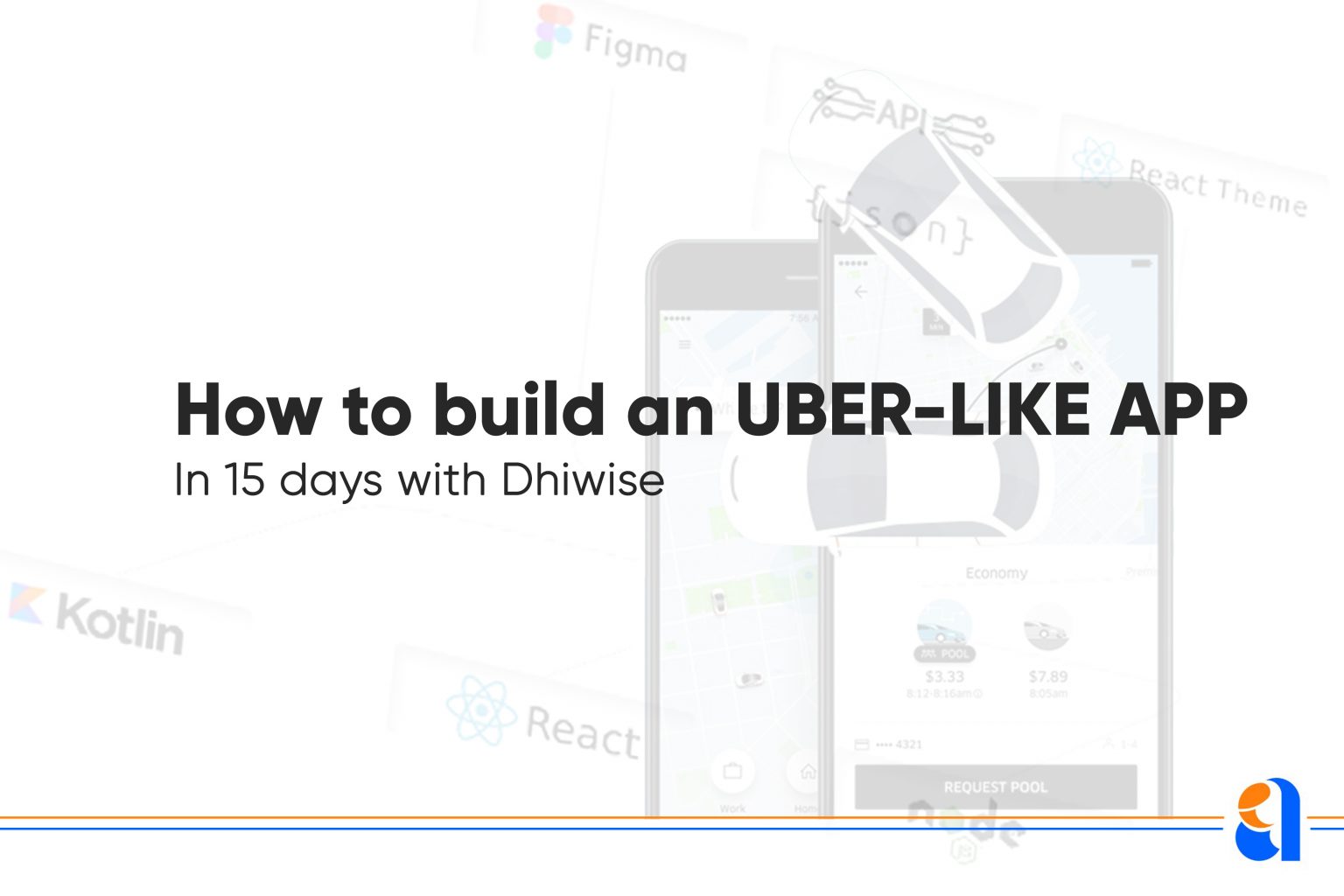 Entering the ride-sharing industry with your taxi booking app?

Isn’t it true that most taxi app creation entails creating an app similar to Uber?

Especially in terms of using their business processes and strategy as a foundation. Uberisation is a recent phenomenon representing current consumer behaviour about reliable and cost-effective transportation, the business became a real success. Uber had raised more than $10 billion in sales by the end of 2018 and was ranked as the world’s second most innovative tech firm.

Do you feel prepared?

To build an app like Uber or Ola, you’ll need more than just an understanding of the app development model and technology.

As a result, before hiring a mobile app developer or starting the development process, you can devour a comprehensive market research report on the ride-sharing industry. Indeed, developing Uber-like apps appears to be a sensible step for both developers and transportation companies.

The ridesharing app market has never been as crowded as it has been in recent years. New apps keep appearing, fuelled by Uber’s massive success and the urge to get a slice of the pie. Let’s discuss some important features of this app.

Working on the Uber App

Since its launch in 2013, the Uber app has grown to become the most popular car-booking app, with services available 24 hours a day, seven days a week in more than 80 countries and 800 cities.

The Uber app, which is available on Android and iOS, connects thousands of drivers with millions of riders thanks to its brilliant app structure.

The app’s built-in GPS feature allows both the driver and the passenger to monitor each other’s position in real-time, reducing the chance of a contract breakdown.

Sounds too good to be true?

Uber has stood out in the industry, capturing the largest segment of the market, thanks to its smooth app interface, hassle-free connection, simple navigation, thoughtful marketing strategies, and rare error reports.

Uber is more than just an app. Instead, the company uses two frontends and a backend to ensure that the app runs smoothly. The aim isn’t to create an Uber clone, but rather to create another popular web and mobile app project.

The following article looks at how to create an Uber-like app, as well as how other apps and digital services can benefit from the Uber business model, which is based on the sharing economy.

The main one of features differentiating the two frontends of an Uber-like app is the difference between customer (passenger) usage and employee usage.

The backend program ensures a space for the administration department to control the processes and monitor the functioning. Uber implies that the service is more than straightforward and appealing to user control, but it hides complicated processes and architecture behind the scenes.

Registration is simple – Email, Facebook, and phone number authentication are all options. Social networking is the most common way for this function to be used.

Customers can use the app to order a car based on availability (both Android/iOS users). The customer request is sent to nearby drivers, and the customer’s contact information is immediately exchanged with the driver who receives the request.

The customer request is sent to nearby drivers, and the customer’s contact information is immediately exchanged with the driver who receives the request. Driver tracking is a function that allows you to monitor the driver’s movements to provide feedback during or after the journey.

The routing server is needed in order to calculate distances and run routes. Uber’s routing engines work hard from the moment customers open the app before they are dropped off.

This is a more sophisticated function that Uber launched a few years ago, after various surveys from consumers. It enables the customer’s ease of use- to book a ride in advance (within a window of 15 minutes to 30 days) and better schedule their journeys.

Ride scheduling, like other advanced features, can be a useful addition to the app’s MVP. Any of them can be added to a feature list to give your Uber app more features

It’s also a standard feature that gives customers an estimate of how much a ride will cost before they book it. To implement this feature in your own Uber app, your software engineers should develop an algorithm that estimates the price based on the user’s pickup and drop locations.

If you plan to follow Uber’s model and offer customers a variety of car styles to choose from, you should keep in mind that each type has a different fare. Uber allows riders to cancel a ride in under two minutes without incurring any fines or fees. This is the function that you must have in order to provide excellent ride comfort.

Modern technologies like Google Pay and UPI make financial transactions between all parties involved simple, which is beneficial to both consumers and drivers. Uber offers a fare calculator to its users that guarantees a fairly reliable estimate right in the app.

The cost of an Uber ride varies depending on which service you order (Uber X, BLACK, or SUV) and where you are located. Some parameters on which the ride can be estimated would be: cost per kilometre, timely rates, safe ride fee, base price etc.

Payment flexibility – a variety of payment options can be introduced, including cashless in-app payment can credit cards, PayPal, or cash – makes Uber sought after.

Basic features such as communication and alerts should be considered when developing an app like Uber. Despite the fact that contact in ridesharing apps comes as standard, there are ways to make it even easier. Without leaving the app, Uber users can call or text their drivers.

Keeping consumers aware is an important aspect of customer communication. Users can be notified about important events like order confirmation or car arrival via SMS, email, or push notifications.

Driver Profile & Status – A driver’s profile and status should be checked by the administrator (license, vehicle insurance etc). The status will indicate whether or not a driver is available. For driver profiles, you may request that the bare minimum of information be provided, such as a photo, name, and vehicle licence number. You can also look at a rating and review system to make the app look more client-oriented and feature-rich

Riders send requests in real-time to the drivers. Before submitting the appeal to another driver, they have a short amount of time to approve or cancel it. A feature similar to Uber’s taxi app allows drivers to choose their favourite passengers. As a result, they have the best customer service possible because your goodwill generation depends on it.

This feature allows drivers to choose “my destination.” When it’s time to return, the drivers will enter pre-programmed paths. Users who come down that path will only be able to make requests to drivers. The heat map provides optimization to a driver’s job. Drivers will use it to see which areas of the city have the highest demand for the service, drive there to get more orders, and, as a result, make more money for themselves and the business.

The daily driver’s report contains every last detail about rides, results, and the rider’s experience. If a company or a driver needs to see a rundown of their results, they can do so easily from the ride hailing app. If you want to create an app similar to Uber, you’ll need to think about additional tasks for the drivers. To gain bonus money and receive additional referral codes, drivers must complete a predetermined number of trips.

A central control point is needed to coordinate and control all of the driver’s processes, as well as to keep track of customer satisfaction. In order to handle customers, drivers, orders, places, payments, payouts, and other business processes in an app like

Uber, a web-based admin panel should be created. Backend apps are of similar structure, hence a brief of important features will be discussed here. Some important requirements for a backend app would be:

Technologies that can be used

When it comes to the issue of “how to create an app like Uber in Android/iOS,” it’s best to look into the app’s tech stacks. The tech team of developers is not only up to date with the latest technology, but they can also combine the functionalities and functionality of your app using the appropriate programming languages for app creation.

Building web & mobile apps at lightning speed with DhiWise will play a major role in helping to make the right decisions for you. Push Notification & Messaging inside the app is another important technological consideration. Inside apps like Uber, contact extends from the passenger’s request to the driver’s approval, trip cancellation, and so on.

Your revenue model can vary from Uber’s depending on your objectives. This ridesharing company does not own a fleet of vehicles and instead makes money by connecting drivers and passengers. If you want to build an Uber app clone or its equivalent, two offerings can be – to collect the fees from the passengers or to collect a monthly commission from drivers.

Since different applications have different specifications, and their costing varies accordingly, mobile app development solutions never come at a fixed price. Still, after taking into account all of the required features and factors, such as the one mentioned above, that set your on-demand taxi booking app apart from the competition, it has been determined that the final cost to create an app like Uber for Android or iOS platforms is between $55000 and $120,000. With DhiWise the situation changed.

DhiWise is a developer-centric ProCode platform. We’re using the word “pro-code” to refer to traditional professional development. It entails a professional software engineer manually writing code that adheres to industry best practices. We guarantee productive and accelerated Web and mobile app growth. DhiWise is based on custom algorithms and a variety of AI technologies to eliminate developers’ repetitive coding.