How to Automate Repetitive Tasks In App Development? 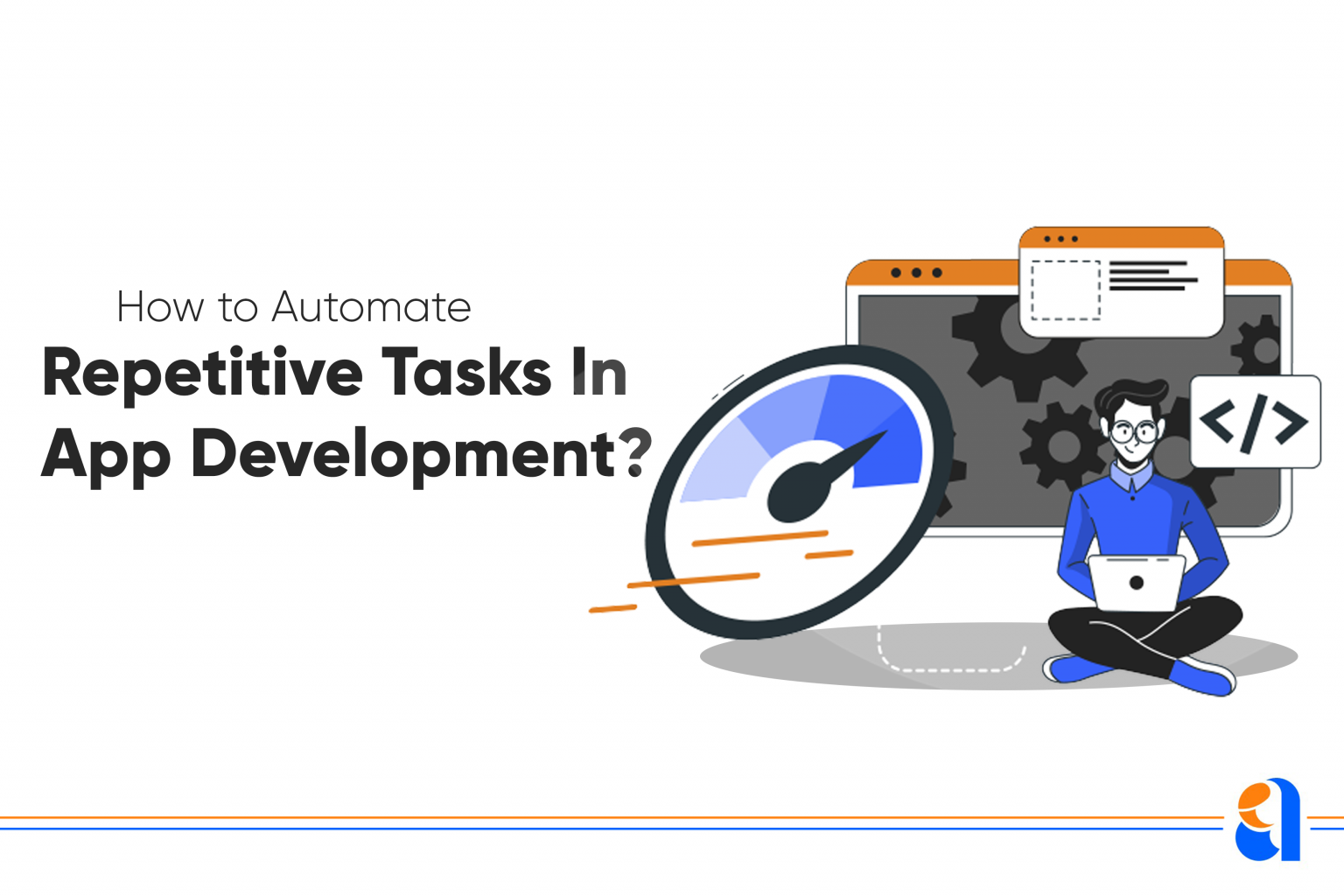 Continue reading to know how to automate repetitive tasks in app development.

The demand for app development is at an all-time high. According to Statista, the size of the global app economy has rapidly grown from 1.3 trillion U.S. dollars in 2016 to 6.3 trillion in 2021 and it will continue to grow further.

To fulfill this growing demand many startups are coming up in the market, resulting in high competition among the software businesses.

In the Software industry, developers are competing against the budgets and deadlines to launch their app code early in the market. However, in this rush, one can not compromise the code quality.

Automating the software development process is a sophisticated solution to resolve the above problem. Automating some parts of your application helps in the reduction of development time and cost while improving the code quality.

Balancing the user expectations and quality is more challenging as the market grows increasingly more saturated. Therefore automation is vital for application development so that developers can focus on more creative and complex tasks that are impractical to automate.

What should be automated in app development?

The most important factors that contribute to the poor quality and lack of productivity are manual processes, unrealistic schedules, and insufficient software testing. Eliminating repetitive tasks helps to improve productivity and quality in app development.

It’s terrible if the developers are spending more time on manual work that can be automated and not taking the advantage of their unique talent.

Therefore, for app development, it is mandatory to automate the parts of development processes that do not engage the creativity, strategy, cleverness, and organizational strength of a great developer.

The repetitive and boring task must be automated by creating a small piece of software or a tool that does the job for them.

Here are some of the processes in app development that can be automated.

These are just a few things in the app code that can be automated. Further, you can automate QA and network deployment for applications.

However, there are some things that can not be automated such as creativity which is fuel to AI, also the unpredictable changes in the app process are nearly impossible to automate.

After all, you can not replace human intelligence with AI. AI is created to empower human capabilities not to replace them.

Role of DhiWise in the app development

Building web or mobile applications is a time-consuming job but with DhiWise you can build applications 2x faster. It automates repetitive and boring tasks in app development and empowers developers to build high-quality scalable applications.

DhiWise is a pro code development platform that provides complete flexibility for developers to build custom applications unlike low code and no-code platforms.

Following are some of its best features.

Other than the above it provides support for most popular technologies such as Node.js, Kotlin, React.js, MongoDB, and more will be coming soon.

Let us understand how DhiWise simplifies app development with Node.js and Kotlin by automating repetitive tasks.

DhiWise automates repetitive tasks so that you can launch quality apps early to the market while reducing its costs.

Want to know more about DhiWise? Sign up today and build your next app with DhiWise!!