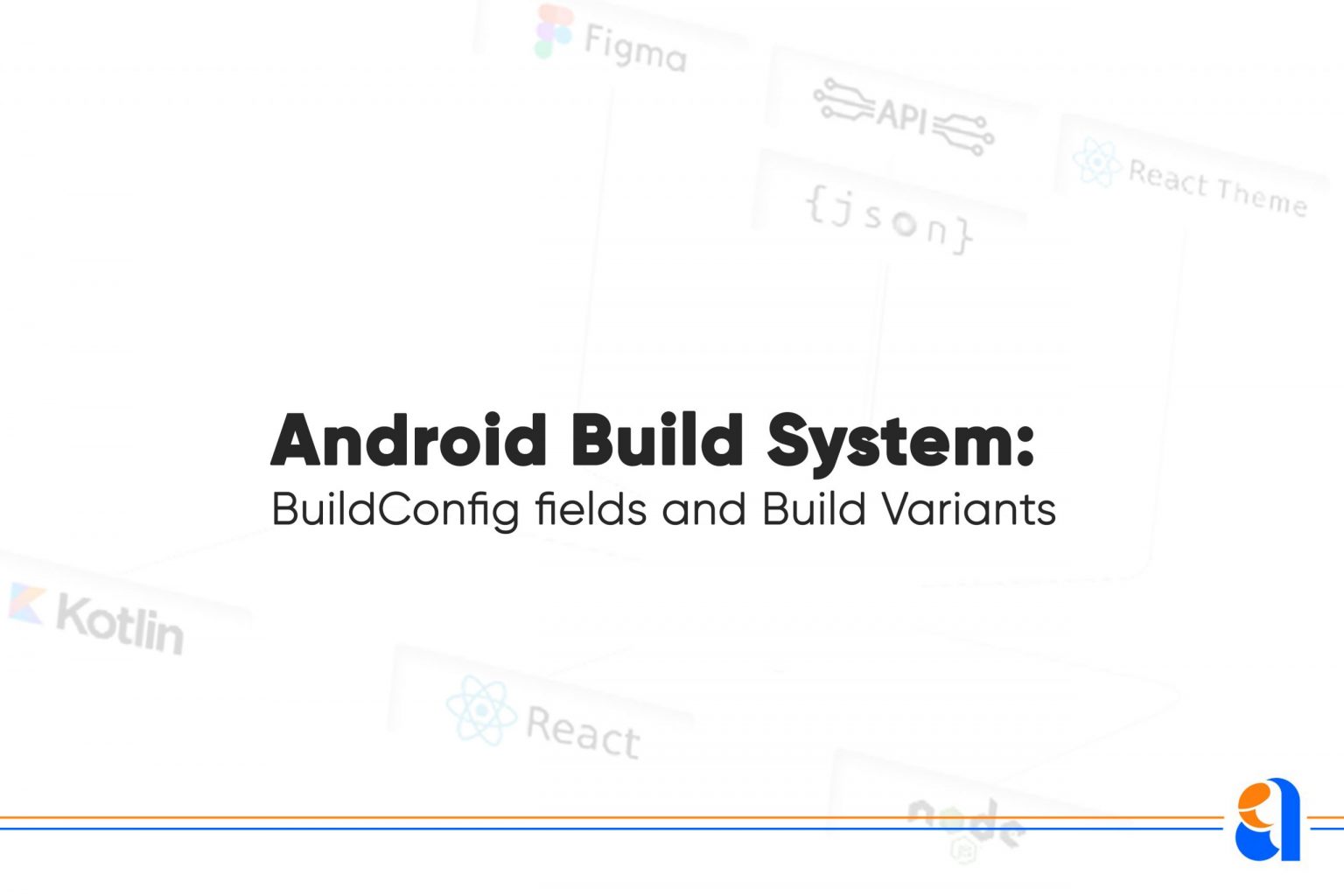 In this article, we are going to understand about Android build System Gradle and how it helps to configure different aspects of your build i.e Build types, build variants, Product flavor, dependencies, and more…

We all need our Android project code resources well configured, organized, and accessible to the users without modifying the core source files. This can be achieved using the Android build system. It compiles app resources and source code and packages them into APKs for testing, deployment, signing configuration, dependency management, and distribution.

You can manage your build processes and define flexible custom build configurations that are specific to building and testing Android apps using the Gradle build system and Android plugins(Gradle and the Android plugin run independently from Android Studio). Each build configuration defines its own set of code and resources while reusing the common code in all versions of your project.

Gradle and the Android plugin help you configure,

The project configuration files typically contain a slew of constants; these constants can be made flavor-specific in Android using BuildConfig. It enables you to arrange, tweak and change the settings of a build using a Build system.

Gradle generates a BuildConfig class that contains static configuration constants that are specific to the build at build time. The class includes default fields such as debug and flavor, but you can override them with build.gradle.

Build Type class refers to the build and packaging setting in the module-level build.gradle file inside the android block. The default build types are release and debug.

When we run the application from the IDE directly onto a device, the debug will use an Android debug certificate to package the APK file.

While the release type will use a user-defined release certificate for signing and packaging the APK, the release builds are defined to upload on the play store. In the release build, the code is obfuscated using ProGard to prevent reverse engineering.

Build type allows you to define how Gradle will build an application. They can be defined in the app’s build. gradle file like this:

Android Product flavors are created in the build.gradle file similar to build types. It is used to customize the code for different application versions that you expect to coexist on a single device, google play store, or repository.

These app versions can be free or paid, they can have different features, icons, resources, styles, themes and can use different environments, and APIs. For example, the production code is slightly different from the development code.

Another example is, the Product flavor can be used to make the live server URL as a base URL for Retrofit in one flavor while adding testing server URL for debugging purposes.

Although you cannot directly configure build variants, it includes a combination of the configurations, resources in the build types, and product flavors in the main source set.

For example, for build types (debug and release) and product flavors (free and paid versions), the resulting build variants can be freeDebug, freeRelease, paidDebug, and paidRelease.

To view build variants in Android Studio navigate to View → Tool Windows → Build Variants. It will look like this:

If you want to generate multiple APKs for your app modules, each with a unique application name, minimum SDK version, or target SDK version. In the Build Variant, you can specify values for some Manifest file properties. The specified values will override the existing ones.

The build system helps you to manage project dependencies from your local filesystem and remote repositories and helps you to reduce lots of manual work.

With the Build system, you can specify the signing setting in BuildConfig. It automatically signs your APK during the build process and avoids password prompts at build time.

The build system applies an appropriate set of rules and shrinks your code while building your application to avoid reverse engineering using shrinking tools such as R8.

The build system allows you to automatically generate builds for different APKs, with each APK containing only the code and resources required for a specific screen density or Application Binary Interface.

Developers struggle with the different issues in Android app development and configuring app build is one of them.

DhiWise enables developers to speed up the development process with its advanced features and technologies. So they can wrap up the month’s work in weeks.

“Build your next Android app with DhiWise Kotlin Builder. Experience the power of simplicity with the modern agile development approach; we believe in delivering value through a developer-centric platform.”