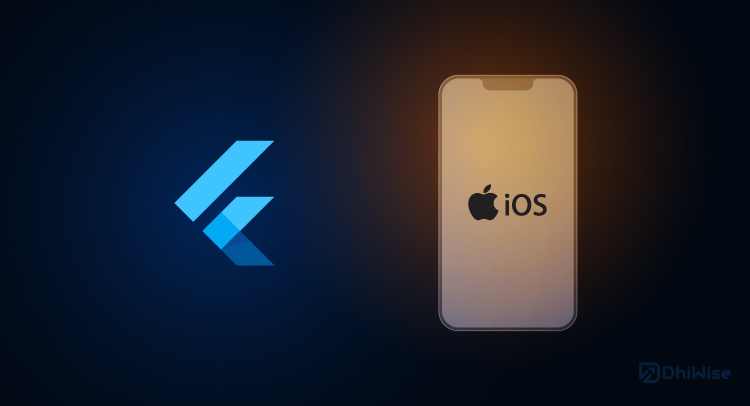 Flutter brings a lot of convenience to the world of mobile app development by allowing developers to work more efficiently with minimum resources. It provides innovative features such as “hot reload” and functional compatibility.

With Flutter, developers can experiment with the app UI, add and remove features, and fix bugs quickly. It empowers developers to create tailored experiences for Android and iOS, so the app feels at home on both platforms.

If you are an iOS developer, who is not yet sure about using Flutter for iOS app development, this article will help you to come to the right conclusion.

The community of developers introduced Flutter at Google, its first stable version Flutter 1.0 was released on the 4th of December 2018, at the Flutter Live event. Its current version Flutter 3.0.2 supports the app development for mobile, web, desktop, and embedded devices- all from a single codebase.

Flutter apps are written using the Dart language which is also developed by Google and makes use of many of its advanced features. Flutter runs in the Dart virtual machine that features Just in time compilation and for better performance, the Flutter app uses Ahead of the time compilation on all the platforms.

But, why should developers go for Flutter iOS app development?

As a developer, using something brand new for UI development revolves around things such as tools, the development environment, documentation, and community support. In the case of Flutter, these things have a bright side as compared to the other options like Xamarine and React Native.

Let's get into each reason behind using Flutter for iOS development.

1. Simplify prototyping with the Material design and Cupertino widgets

Cupertino (iOS styled) and Material design are built into the Flutter framework. So your cross-platform app feels more native regardless of the platform on which it is used. With these buildings, good-looking apps and prototypes are much easier.

Flutter widgets are the basic components of the app UI, the dedicated Cupertino widgets implement the current iOS design language based on Apple’s Human Interface Guidelines.

2. Android Studio: A great tool for Android and iOS developers

It comes from JetBrains and helps a lot if you are working on the iOS and Android apps simultaneously. With Android Studio, the code compilation is quick, it highlights syntax and provides autocomplete features and keyword shortcuts that are of great use.

Dart programming language is designed for web and mobile application development but can be used for building server and desktop apps too.  It has C-style syntax and it compiles to either native or JavaScript code.

Though Apple has recently released a brand new SwiftUI framework for iOS developers, it requires iOS 13.0 and above versions to work. So if you have customers that are using iOS versions below 13.0  Dart is the best option.

Besides that, Dart's simplicity has no match with the languages like Objective-C and even Swift. Dart has a strong support base with multiple libraries and tools.

Dart can be compiled to the native code for iOS and Android devices, however, Dart 2.6 includes a dart2native compiler that compiles the app code to self-contained, native executable code for the other platforms using Flutter.

4. The “hot reload” feature to see the changes instantly

As your project grows the compilation process consumes a lot of time, adding the possibility of forgetting what you have wanted to change. Flutter comes with a better solution to it. Dart can be compiled in two modes as we have seen earlier, Ahead of the time compilation and Just in time compilation.

It has been over 5 years since the alpha version of Flutter was first released, the community is constantly growing with millions of people using it all over the globe. It's all due to its simplicity, clear documentation, and abundance of study resources.

Moreover, Flutter is backed by a dedicated community of developers from Google.  Also, on Stack Overflow and other platforms, you can easily find the answers to the common questions on Flutter as compared to the other technologies.

After the launch of Flutter 2, the number of Flutter apps on the Apple app store has grown even faster than those on the Google play store. It has increased from 20,000 in March 2019 to approximately 90,000 at the end of 2021.

So we can conclude that Flutter is the best fit for the ecosystem that has to survive a lifetime of an app.

iOS app development has only a few contenders such as Swift, React Native and Objective-C. But if you are building a cross-platform application then your list may add a few more technologies to it. That will increase your overall difficulty in making the technology choice that can survive the lifetime of an app.

So here, if you choose Flutter you can get the benefits of cross-platform development without facing the underlying complexities of code management, maintenance, and continuous technology support.

Flutter makes 90% of the code usable for multi-platform development that only needs to update once, it reduces the compilation and debugging time. Overall, it reduces your cross-platform app development time to a great extent.

Well, do you want to reduce it further without facing the customization barriers? Then Try DhiWise Flutter Builder!

Yes, you have heard it right!

DhiWise is the only LowCode/ProCode platform that ensures quality app development in minimum time. Its Flutter builder allows you to play with the app UI with full flexibility. It comes up with the all necessary features to make your app development way simpler than the traditional approaches and the other LowCode platforms.

So what does it offer to make the process faster?

Here is the list that mentions a few things about the platform,

Here is the list that mentions a few things about the platform,

These are just a few.

There are a lot more things that you will find unique about DhiWise.